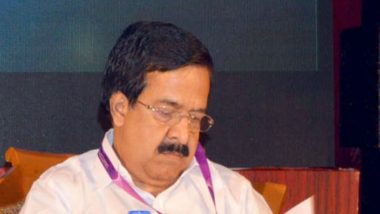 Congress is holding protest across the state over gold smuggling scam and demanding the resignation of Chief Minister Pinarayi Vijayan. As the entire Thiruvananthapuram city is under lockdown, Congress conducted the protest outside the city limits. Addressing the Congress workers, Ramesh Chennithala demanded a probe into the appointment of Swapna Suresh under the IT department.

Chennithala said, "While thousands of qualified youths are waiting for the government job, how did a lady having 10th standard qualification got the job in the IT department with one lakh and seventy thousand salary. A proper probe should be conducted to find out her link with Kerala CMO and M Sivasankar. The CM is protecting the culprits. Swapna Suresh, Main Accused in Kerala Gold Smuggling Case, Taken Into Custody by NIA in Bengaluru.

Meanwhile, the interrogation of the two accused -- Swapna Suresh and Sandeep Nair -- in the Kerala Gold Scam is underway at the National Investigation Agency (NIA) office in Kochi. Officials from the Income Tax Department have reached the NIA office in order to interrogate the accused.

The NIA special court in Kochi on Monday sent accused Swapna Suresh and Sandeep Nair to NIA custody for eight days until July 21 in the gold smuggling case. NIA sought 10 days of custody, but Justice P Krishna Kumar granted only eight days.The agency informed the court that the accused forged seal and emblem of the United Arab Emirates (UAE) Embassy to commit the crime.

This comes days after 30 kg of gold worth Rs 14.82 crore was smuggled in consignment camouflaged as diplomatic baggage was busted by customs in Thiruvananthapuram.

The case gained national attention after the opposition in the state alleged the involvement of the Chief Minister's Office, as one of the accused reportedly had connections with the Principal Secretary to CMO who was removed from the post.

The NIA has registered an FIR under Sections 16, 17 and 18 of the Unlawful Activities (Prevention) Act, 1967, against four accused persons, of which three have been arrested.