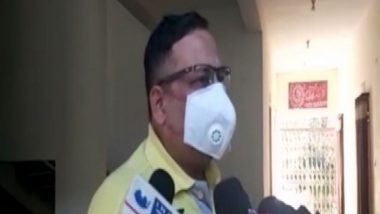 "MK Tripathi, Additional District and Sessions Judge of Betul, died during treatment at a hospital after he suffered a paralytic attack. His son died on way to hospital. The judge had earlier complained about some issue with flour they're consuming," said Betul sub-divisional officer of Police (SDoP) Vijay Punj.

First, the youngest son reported vomiting. After which, they all started feeling uneasy." "Thereafter, they consulted a doctor, who prescribed some medicines. However, their health started deteriorating again. On July 24, he was shifted to a Nagpur hospital. The judge then died on July 26 at 5 am and his son too died," he said.nPunj said an investigation is underway and more details are awaited.