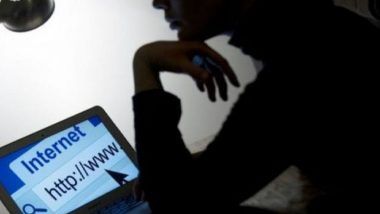 Mumbai, December 13: A film actress in Mumbai has turned victim of perverted calls. The 32-year-old faced similar sexual harassment last year as well from a WhatsApp caller. After being targeted again, she registered a complaint with the police. The investigators began tracking the numbers which were used to harass her, but were yet to make arrests.

The complainant said she subsequently covered the camera to prevent him from looking at her, and took screenshot of his obscene act. The actress, along with her friend, reportedly called the Versova police at around 11 pm and narrated the incident.

The actress claimed that she went to the police station at 2 am to register the complaint. She claimed that the caller, as per the background which appeared in the video, appeared to be a resident of an upscale society.

When she began tagging the Mumbai Police on Twitter, with screenshot of his obscene act, the abuser began apologising, the actress told reporters.

“He said he was a 20-year-old student and had made a mistake. He also claimed the video call and messages were meant for a friend who shared the same name as me," TOI reported her as saying.

In August last year, the actress had similarly received eight obscene calls. After filming the caller with the help of a friend, she had approached the police. The accused was arrested two months later from north India.

(The above story first appeared on LatestLY on Dec 13, 2020 07:30 PM IST. For more news and updates on politics, world, sports, entertainment and lifestyle, log on to our website latestly.com).