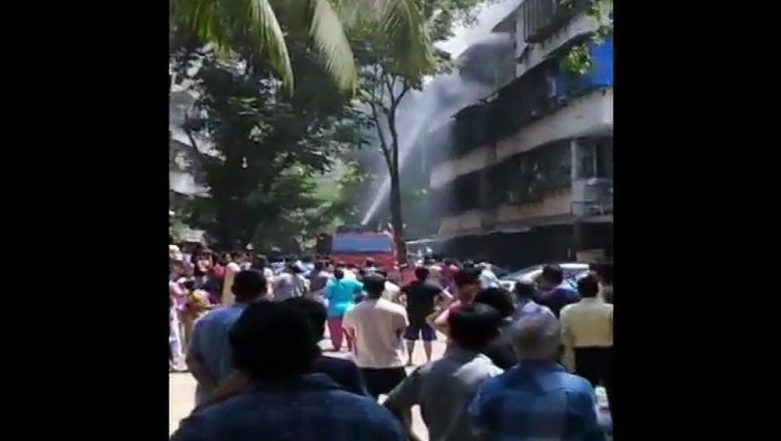 Mumbai, May 12: In a tragic incident, a 15-year-old girl died in a fire which broke out in a three-storey building at Dadar Police Station Compound on Sunday afternoon. The blaze erupted at around 1:40 pm. According to reports, four fire tenders have rushed to the spot. Firefighting operations are underway. However, the exact cause of the fire is still to be ascertained. Mumbai: Fire breaks out at Mobile Shop near Ghatkopar Railway station.

As per some reports, the fire spread across electric wiring. Ambulance service is also present at the spot. Meanwhile, one more person is reported to be trapped in the blaze. More details are still awaited.

Visuals from the spot where the fire broke out:

Mumbai: A 10-year-old girl died in a fire that broke out in a building at Dadar Police Station Compound, Dadar (West). #Maharashtra pic.twitter.com/qyIdwtMhva

In a similar incident on April 30, a fire broke out at a residential building in Navi Mumbai. The fire erupted at a flat on the top floor of the building. The fire incident is reported from Sector 19 of Airoli in Navi Mumbai.