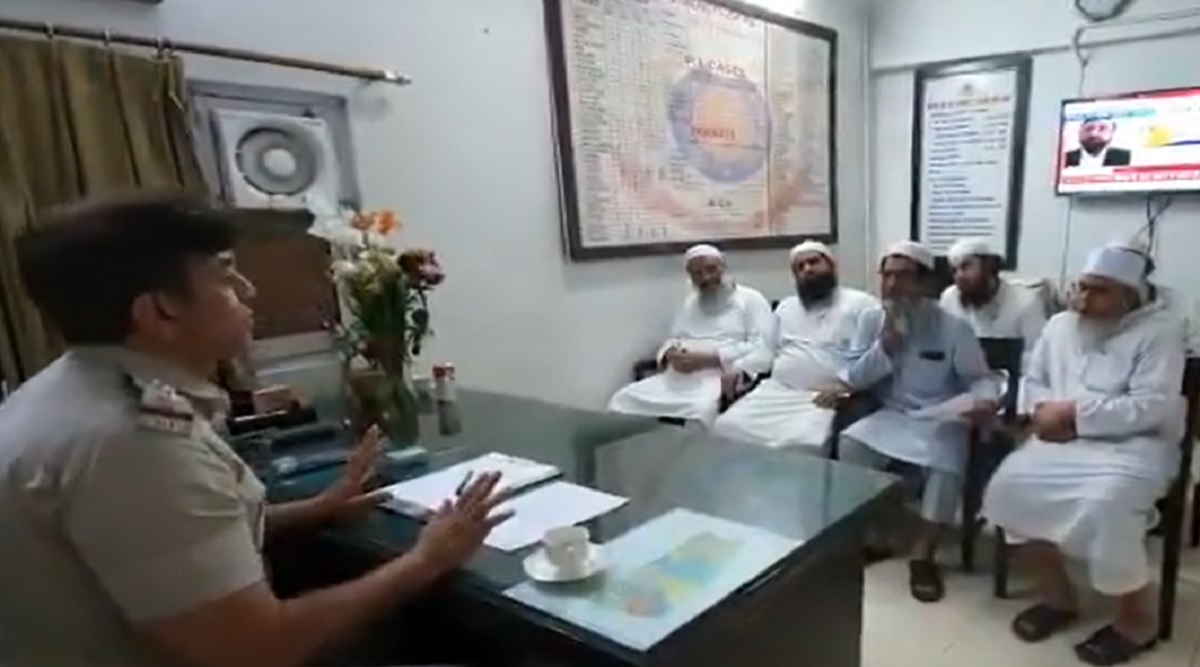 New Delhi, March 31: A video was released by the Delhi Police, saying senior members of Tableeghi Jamaat Markaz in Nizamuddin area were asked to vacate the building in view of the coronavirus outbreak. In the video, a senior officer is seen warning of legal action if the Markaz in Nizamuddin is not vacated. The members who attended the meeting cited the closure of district borders as the reason for people staying in the building. Coronavirus Cases Jump to 1397 in India as Country Sees 146 New COVID-19 Cases in 24 Hours.

"There is a clear instruction that more than 50 people cannot assemble. Religious places must remain shut. This for your safety. Despite asking you several times, this problem (gathering of people at Markaz) is not being addressed. Now I am serving you notice. If you don't vacate now, I will be compelled to take strict legal action," the officer is heard saying in the video which was recorded on March 23. COVID-19: Search Begins for Nizamuddin-linked Suspected Cases as Tally Increases Across India.

The officer then asks how many people are inside the Markaz. "There were 2500 people but we have sent 1500 already. About 1000 people are still there because district borders are sealed," a member replies. The officer then asks them to speak to SDM and resolve the issue. The Delhi Police have identified around 1,800 persons from various states who had attended the religious congregation in Nizamuddin Markaz from March 13-15.

Nizamuddin Markaz Management Had Been Told to Vacate Premises on March 23:

Several people from Delhi, Telangana and Tamil Nadu who had attended the congregation have tested positive for coronavirus so far. Hundred other attendees have been sent in isolation wards at different hospitals.