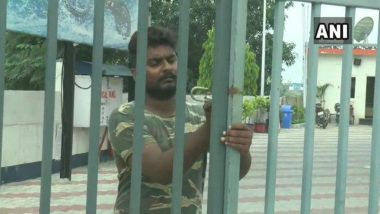 Ludhiana, July 29: Punjab petrol pump dealers closed petrol stations in protest against high taxes on fuel in the state on Wednesday. The decision was taken as Punjab has more tankers than Haryana, due to which petrol pump dealers and owners say that they have to bear a lot of damage.

According to a report on Tribune, the Petrol Pump Dealers Association, Punjab, decided to call for a protest to demand justice for one of its members, Gurkirpal Singh Chawla, who ended his life at a hotel. Chawla allegedly ended his life due to the pressure of loss of volume caused by the disparity in fuel prices in Punjab and its neighbouring states and huge revenue loss by low sales amid the coronavirus pandemic.

Chawla, who was 76,died by suicide in a Panchkula hotel July 22. His suicide note said he had gone bankrupt due to the disparity in VAT on fuel in Chandigarh and Punjab. The petrol pumps in the state would remain closed from 8 am to 5 pm on Wednesday to pay tribute to Chawla, and lodge a protest against the VAT difference due to which the cost of fuel is higher in Punjab. According to reports, Chawla and his family-owned three petrol pumps, two in Mohali district and one in Fatehgarh Sahib district.

(The above story first appeared on LatestLY on Jul 29, 2020 10:35 AM IST. For more news and updates on politics, world, sports, entertainment and lifestyle, log on to our website latestly.com).