In a horrifying instance, a youth was shot at and attacked with sharp objects over a minor dispute in Amritsar on Monday evening. 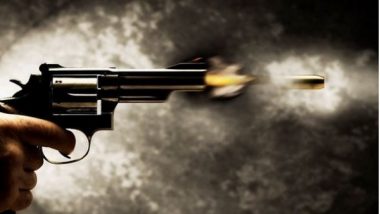 Amritsar, May 11: In a horrifying instance, a youth was shot at and attacked with sharp objects over a minor dispute in Amritsar on Monday evening. The victim was identified as Sukhchain Singh, a resident of Guru Ki Wadali. Reportedly, the victim had an altercation with the accused over some issue a couple of days ago, the Tribune reported.

The victim, in his complaint, alleged that he was going to Gurdwara Baba Jeewan Singh on Monday evening when he saw two persons standing nearby. Before he could understand, they attacked him with a dagger inflicting grievous injury on his hand, and later another person fired three gunshots, of which one hit him on his foot. The duo fled when he raised an alarm. Andhra Pradesh Shocker: Hours Before Her Marriage, Bride Shot Dead by Jilted Lover in Nellore.

As per the reports, the accused were identified as Kamal Masih and Gagandeep Singh, both residents of the Guru Ki Wadali area. The accused duo is absconding, a manhunt has been launched to nab them, said police.

(The above story first appeared on LatestLY on May 11, 2022 04:51 PM IST. For more news and updates on politics, world, sports, entertainment and lifestyle, log on to our website latestly.com).