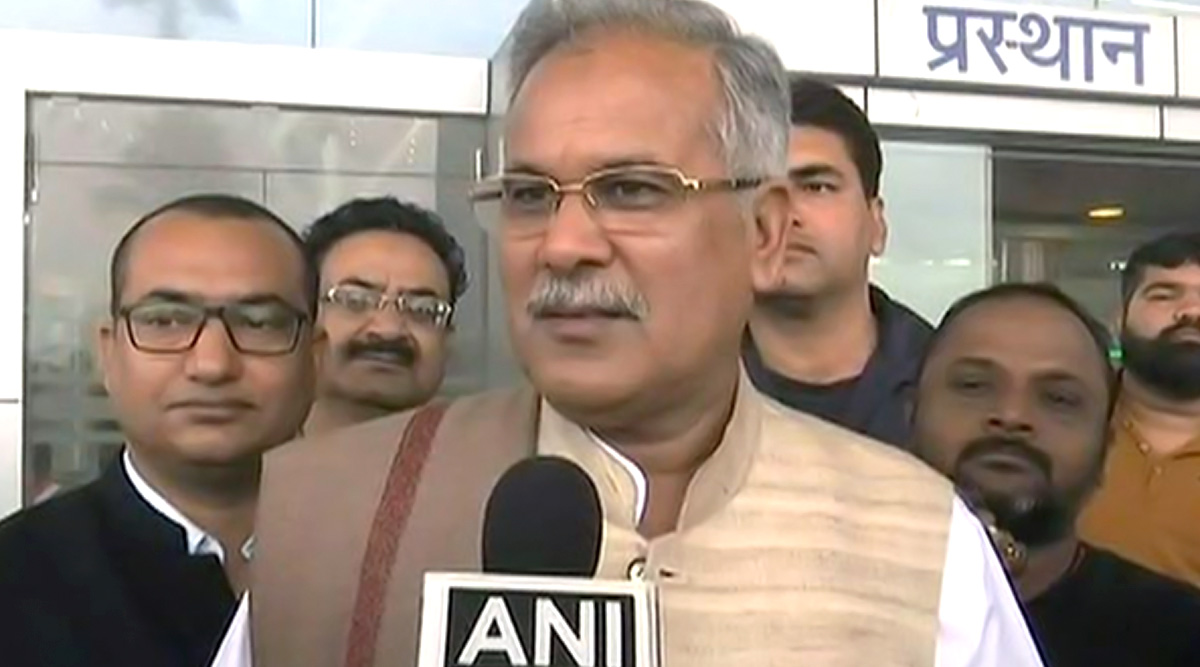 Raipur, April 10: Chhattisgarh Chief Minister Bhupesh Baghel on Thursday credited Congress leader Rahul Gandhi's alertness in playing a major role in combating coronavirus in the Congress-ruled states and said his government will soon start on the process of extensive testing as suggested by the former Congress president.

"Rahul Gandhi had instructed me to get prepared in the first week of March on the possibility of the coronavirus and due to this, Chhattisgarh is ahead of other states in taking precautionary measures and numbers are low," Baghel said in a video conference press briefing from Raipur. He further said his government will decide whether or not to further extend the lockdown after Prime Minister Narendra Modi's meeting with Chief Ministers on April 11." Coronavirus Outbreak: Maharashtra Notches Highest Daily COVID-19 Deaths, 229 More Cases.

The situation in Chhattisgarh is under control. The decision to continue or relax the lockdown will be decided with the Prime Minister on April 11 via video conference," Bhagel said.

The chief minister said that he was in New Delhi on March 12 and had met Rahul Gandhi before returning to Raipur on the same day. After that, he said the state government had put in place a series of measures beginning March 13 by shutting down all educational institutes including anganwadis, schools and colleges, shopping malls, cinema halls, etc.

The first test was conducted on March 15 and Section 144 was imposed in the entire state from the day of receiving the first positive case on March 18. The state put in place a lock down on March 21. Wherever a patient was found, the area entire was sealed and examined, the chief minister said.

Baghel hit out at the Central government stating that if it had taken timely steps to quarantine all those who arrived on international flights and test them, the virus would not have spread.

"This disease did not originate from India. They have arrived in India through international flights. The central government should have kept the people coming from abroad in the quarantine on time," he added. HE said his government had taken the decision to immediately put all the 2,100 people who had arrived in the state from abroad, in quarantine and began testing them.

The Chief Minister also said that a total of 3,000 tests have been done so far and his government is trying all possible ways to increase the number of tests.Meanwhile, Baghel on Thursday gave instructions to seal the affected area in Katghora in the state's Korba district where seven cases of COVID-19 positive cases were reported. He also called for action on a war-footing in Katghora. With this, the state's tally has gone up to 18.