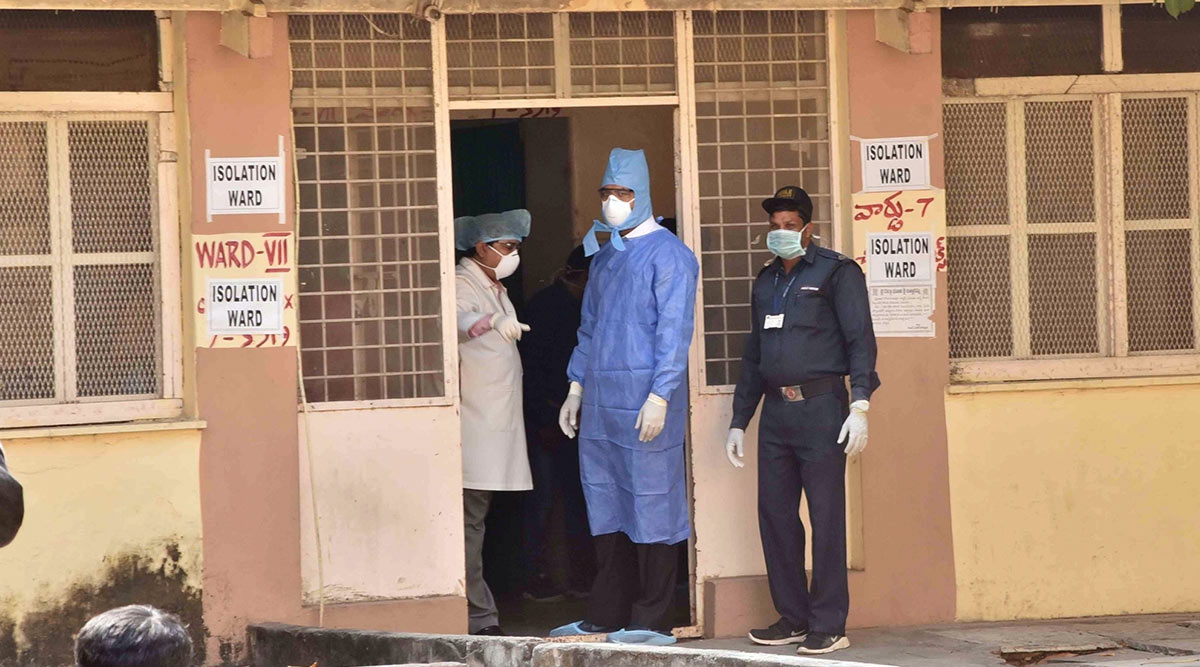 Mumbai, April 9: With 25 deaths, Maharashtra on Thursday recorded its highest single-day toll, while 229 new coronavirus cases were recorded, health officials said here. The latest deaths included that of the oldest victim - a 101-year-old woman - so far in the state, as well as the country. This takes the total number of COVID-19 deaths in Maharashtra to 97 - with Mumbai and Pune jointly accounting for the lion's share of casualties - at 54 and 24, respectively. Coronavirus Live Tracker Map.

With over 200 new cases, the number of infectees in the state now touched a staggering 1,364. Among the Mumbai fatalities was the 101-year old woman, who died of hypertension complications in a private facility, B.S. Hospital here. As many as 14 deaths occurred in Pune, plus one each in Malegaon and Ratnagiri, and of the total 25, 10 were females and 15 were males. In an encouraging development, 125 patients have been fully cured and been discharged for their homes till date, the officials said. Coronavirus Cases Rise to 5865 in India, Death Toll Climbs to 169 With 20 More Deaths in Past 24 Hours.

A whopping 36,533 persons are in 'home quarantine' and 4,731 are in institutional quarantine. To cater to the growing demand for isolation facilities, the National Sports Club of India has become the country's first quarantine centre in a sporting facility, and can house around 500 patients. The BMC plans to set up institutional quarantine facilities for more than 11,000 people in the 24 wards in Mumbai, the worst-hit by COVID-19 in the country so far.

Simultaneously, as the congested but carefree Dharavi causes worries for the health authorities, Health Minister Rajesh Tope announced that the State Reserve Police Force (SRPF) would be deployed in that slum, and other slum pockets in the city to strictly enforce the lockdown. With a population of around 800,000 crammed in barely 2.25 sq. kms, Dharavi has already recorded 3 coronavirus deaths and 17 positive cases, though Tope on Wednesday ruled out "completely sealing" off Asia's biggest slum.

To prevent risks of contracting the disease in the course of duties, the Mumbai Police requisitioned the state's first 'sanitiser van' which will move around the entire city from Thursday. Mumbai Police Commissioner Param Bir Singh took a demonstration of the van which will go around the city and help field police personnel to 'sanitise' themselves while serving in sensitive localities, said Deputy Commissioner of Police Pranaya Ashok.

Meanwhile, as per Central guidelines, the government has implemented cluster containment in areas with maximum number of COVID-19 cases or casualties and set up 4261 teams to survey over 1.60 million people in Mumbai, Pune, Thane, Palghar Buldhana, Nagpur, and other cities. Home Minister Anil Deshmukh has accused the Centre of not exercising precautions like Maharashtra to grant permission for the Tablighi Jamaat event last month in Delhi which has resulted in a spurt of corona cases in the state, as elsewhere.

Till date, at least 25 infectees are those who attended the Tablighi Jamaat, and Deshmukh said that around 50-plus others have switched off their phones and cannot be traced, raising apprehensions.