A hammer is a price pattern in candlestick charting that occurs when a security trades significantly lower than its opening, but rallies within the period to close near opening price. This pattern forms a hammer-shaped candlestick, in which the lower shadow is at least twice the size of the real body. 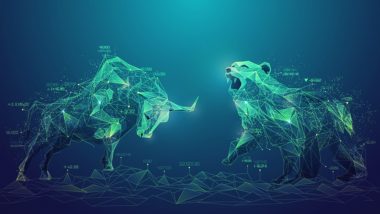 Groupon, Inc. GRPN stock price has been rising. Earnings estimates have been rising for Groupon despite the slowdown in post covid economy.

Money managers are getting very bullish. The number of long hedge fund bets has increased. Groupon Inc. (NASDAQ:GRPN) was in 16 hedge funds' portfolios at the end of the third quarter of 2020. GRPN is one of the 50 most popular stocks among hedge funds

Groupon recently saw a chart pattern that indicates that the stock is nearing a bottom and has an opportunity to rise in price. The indication Groupon is seeing is called a hammer chart pattern which, can cause the stock to rise higher.

A hammer is a price pattern in candlestick charting that occurs when a security trades significantly lower than its opening, but rallies within the period to close near opening price. This pattern forms a hammer-shaped candlestick, in which the lower shadow is at least twice the size of the real body.

Hammer candlesticks indicate a potential price reversal to the upside. The price must start moving up following the hammer; this is called confirmation. Hammers signal a potential capitulation by sellers to form a bottom, accompanied by a price rise to indicate a potential reversal in price direction. This happens all during the one period, where the price falls after the open but then regroups to close near the open. Hammers are most effective when they are preceded by at least three or more declining candles. A declining candle is one which closes lower than the close of the candle before it.

Earnings estimates for Groupon have gone higher for the past 60 days and none have been lower. This has a potential for Groupon stock to break out and build momentum from here two higher highs because of this development that has an occurred with the stock.

GRPN appears to be correcting within a longer-term bullish trend. Although its MACD is presently below the signal line, shares remain 56.9% above an upwards sloping 200-day moving average. Comparative Relative Strength analysis shows that this issue is outperforming the S&P 500.  Source: Charles Schwab

Groupon, Inc. GRPN announced the pricing of $200 million aggregate principal amount of 1.125% convertible senior notes due 2026 (the “notes”) in a private placement to qualified institutional buyers pursuant to Rule 144A under the Securities Act of 1933, as amended (the “Securities Act”). Groupon also granted the initial purchasers of the notes a 13-day option to purchase up to an additional $30 million aggregate principal amount of the notes. The sale of the notes is expected to close on March 25, 2021, subject to customary closing conditions.

Finally if Groupon continues on the same path of positive revenue and past covid 19 pandemic it will position itself better and will surpass Etsy. Etsy has risen from a low four dollar stock to over $200 per share in less than two years. Groupon is a lot better positioned due to the fact that operates in the retail market and also online. Groupon offers bookings, reservations and local business services that will continue to improve their revenue. Etsy is only an online marketplace like EBay. If you are looking at a long term value Groupon will deliver especially the second Quarter of the coming year where we believe the spike will occur and continue the Hammer candlesticks upside.