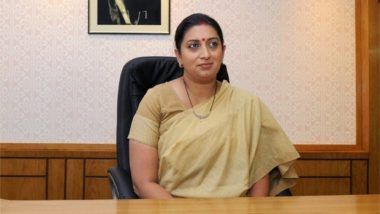 New Delhi, February 26: The Union Cabinet on Wednesday approved major changes to the Surrogacy Bill, which entails that a "willing" woman can be a surrogate mother and a widow or divorced woman will also have a right to surrogacy apart from infertile Indian couples.

Briefing reporters on the decisions of the Union Cabinet, Information and Broadcasting Minister Prakash Javadekar said that changes have been made following recommendations of the Select Committee of the Rajya Sabha. He said the Cabinet approved Surrogacy (Regulation) Bill, 2020 to ensure effective regulation of surrogacy, prohibit commercial surrogacy and allow altruistic surrogacy.

Giving details of changes, Women and Child Development Minister Smriti Irani said that insurance cover of surrogate mother would be increased from 16 months to 36 months. The minister said that sometimes a woman or man is mocked that the individual is infertile and keeping the sensitivity in mind, those who have medically necessitated condition will have a right to surrogacy. Mumbai: Couple Appeals to Bombay High Court For DNA Test of Child Born Through Surrogacy.

The minister said that the term of national boards has been extended from one to three years.Irani said the government has taken several progressive steps on the issue of reproductive rights of women.

"Systemically, under leadership of Prime Minister Narendra Modi, be it the medical termination of pregnancy, be it ART (Assisted Reproductive Technology) Bill or the Surrogacy Bill that we speak of today, the fact that our Prime Minister has led from the front with a liberal view on issues of reproductive rights of women is something that I am extremely proud of as an Indian woman," she said.

The Bill is likely to be taken up for the passage in the second half of the Budget Session of Parliament. The Lok Sabha had in August last year passed The Surrogacy (Regulation) Bill, 2019 to prohibit commercial surrogacy and allow altruistic surrogacy which does not involve monetary compensation to the surrogate mother apart from medical expenses and insurance coverage during the pregnancy.The Bill was later referred to a Select Committee of the Rajya Sabha.