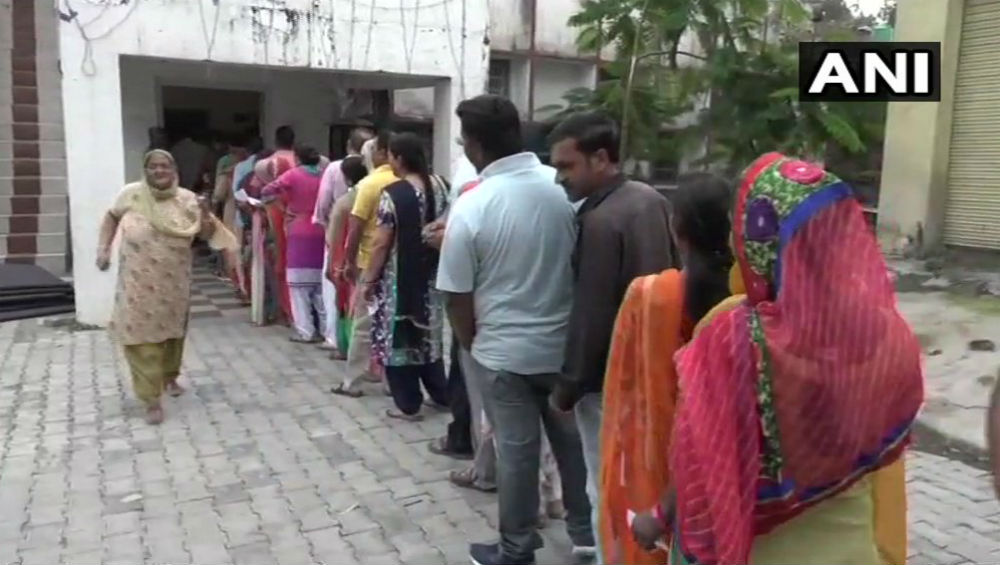 Hyderabad, January 20: In a first-of-its-kind in India, the Telangana State Election Commission will be using facial recognition app in a bid to counter impersonation by voters on a pilot basis in 10 selected polling stations.

The initiative will be implemented in Kompally Municipality of Medchal Malkajgiri district, an official release said. However, a negative result would not deprive the voter form exercising his or her franchise and pictorial data collected during the process will be deleted afterwards, the release issued on Saturday night said. Telangana Municipal Elections 2020: AIMIM to Contest in 276 Civic Wards, Asaduddin Owaisi Urges KCR to Not to Implement NPR.

"This technology is proposed to be used in selected 10 polling stations of Kompally Municipality of Medchal Malkajgiri district. Further it is ensured that the photographs taken are not stored or used for any other purpose.

"They will be erased from the memory of the mobile phone used in the polling station and also the server of TSTS (Telangana State Technology Services). For this TSTS has to give an undertaking to this effect before implementation of the pilot project," the SEC said.

The additional polling officer, with the smartphone, first verifies the identity proof of the voters and then takes photographs and uploads them to the server using face recognition app installed in the phone provided to him so as to compare it with photographs of the orders of the polling station concerned.

The app displays results of the verification based on the match established with anyone of the voters with an appropriate message, it said adding the entire process is properly encrypted and data is kept anonymous.

"It is the process of either encrypting or removing personally identifiable information from data sets so that the people whom the data describe remain anonymous. The input files (encrypted live data photo) are deleted immediately after the purpose is fulfilled," the SEC said. All stakeholders including political parties and polling staff would be sensitised on the new initiative.