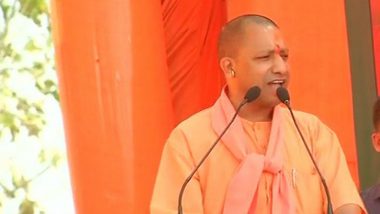 Uttar Pradesh will become the first state in the country to give employment to one crore people in one go. Migrant workers who have returned to the state during lockdown will be major beneficiaries.

Prime Minister Narendra Modi will be participating in the state-level event via video-conferencing.

The Mahatma Gandhi National Rural Employment Guarantee Scheme (MGNREGS) will be a major contributor to employment since nearly 50 per cent of total jobs being created in Uttar Pradesh are under this scheme.

The Chief Minister had asked authorities to do skill mapping of migrant workers returning to Uttar Pradesh so that they can then be provided work according to their skills.

As per the government spokesman, Uttar Pradesh has about 1.80 crore MGNREGS job cardholders. Out of them, 85 lakh have been active.

Besides restoration of rivers, construction of rural roads, digging of ponds and pits for plantation drives and other such work is being carried out under the rural job scheme to provide work to people.

According to state Chief Secretary R. K. Tiwari, "We are roping in all major departments to provide work in addition to jobs being provided under the MGNREGS. The micro small and medium enterprises (MSME) department, public works department, horticulture department and the agencies constructing the expressways will also contribute in a big way in the creation of more jobs."

Significantly, the National Real Estate Development Council (NAREDCO) state unit will give employment to one lakh labourers belonging to the state at various real estate projects.

Last month, NAREDCO-UP had signed an initial pact with the Uttar Pradesh government, offering to provide employment in their real estate projects to migrant labourers who have returned to the state.

(The above story first appeared on LatestLY on Jun 24, 2020 01:40 PM IST. For more news and updates on politics, world, sports, entertainment and lifestyle, log on to our website latestly.com).