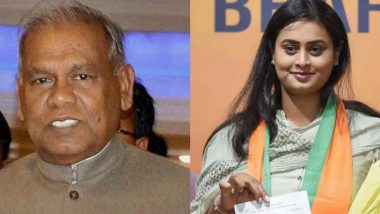 The main competition will be between the Mahagathbandhan - alliance of Congress, Rashtriya Janata Dal (RJD) and Left Parties, and National Democratic Alliance comprising the Bharatiya Janata Party and Janata Dal-United (JDU). In the first phase of elections, the polling will take place on 71 seats spreading in 16 districts of the state. The polling will begin at 7 am. Some of the districts going for polling are affected by left-wing extremism.

Here Are Some Key Candidates in the Bihar Assembly Elections 2020:

Agriculture Minister Prem Kumar: He is BJP candidate from Gaya town Vidhan Sabha seat. He has been elected seven times from the assembly seat till now. Congress has field Akhauri Onkar Nath against Kumar.

Shreyasi Singh: She is an international shooter. Singh is contesting the elections on BJP ticket from from Jamui. RJD has fielded Vijay Prakash against Singh.

Vijay Kumar Sinha: State cabinet minister Vijay Kumar Sinha is contenting from Lakhisarai. He is conteting from Bharatiya Janata Party (BJP) ticket. The Congress has fielded Amreesh Kumar against him.

The Bihar Assembly Elections 2020 is the first major polling exercise since the outbreak of COVID-19 in India. The BJP is contesting 243-seat assembly elections in alliance with Nitish Kumar's Janata Dal-United (JDU) as part of 50:50 seat division formula.

The Congress, a part of the Mahagathbandhan alliance in Bihar, is contesting on 70 out of the 243 seats. As per the seat-sharing pact finalised, the RJD would be fielding its candidates on 144 constituencies, and the Left Front comprising of CPI, CPI(M) and CPI-ML would be fielding their candidates in 29 assembly seats.

(The above story first appeared on LatestLY on Oct 23, 2020 05:04 PM IST. For more news and updates on politics, world, sports, entertainment and lifestyle, log on to our website latestly.com).