The decision comes days after Jogi had promised to take on incumbent Chief Minister Raman Singh from his home constituency - Rajnandgaon. 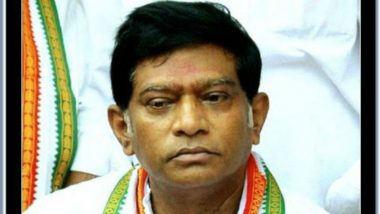 The decision comes days after he had promised to take on incumbent Chief Minister Raman Singh from his home constituency - Rajnandgaon. According to Amit, his father has instead decided to campaign across the 90 seats of the state, rather than focusing on one assembly segment. Opinion Poll Predicts BJP to Win Another Term Thanks to Mayawati-Ajit Jogi Alliance.

"(He) won't contest assembly elections. Being a star campaigner of the alliance between Janta Congress Chhattisgarh, BSP and CPI, he would have to campaign in 90 constituencies, making it difficult to concentrate on his own," Amit Jogi said.

On September 20, BSP chief Mayawati had announced a pre-poll pact with Jogi's JCC. As per their agreement, the JCC was to contest on 55 seats, whereas, the BSP wil field candidates in 35 constituencies.

Days later, however, the Communist Party of India also joined the coalition. The party would be allotted 13 seats to contest under the joint banner.

While Mayawati is yet to release the list of BSP candidates, the JCC had announced the first list of 45 names. Two candidates were last week rescinded from Kante and Dantiwada respectively where the alliance would be allowing CPI to field its nominees.

In the 2013 elections, the CPI had secured an electoral share of merely 0.66 per cent and lost on all 13 seats it contested. The party, however, grabbed a decisive share of votes in Kante and Dantiwada seats of Bastar district.

(The above story first appeared on LatestLY on Oct 19, 2018 04:14 PM IST. For more news and updates on politics, world, sports, entertainment and lifestyle, log on to our website latestly.com).