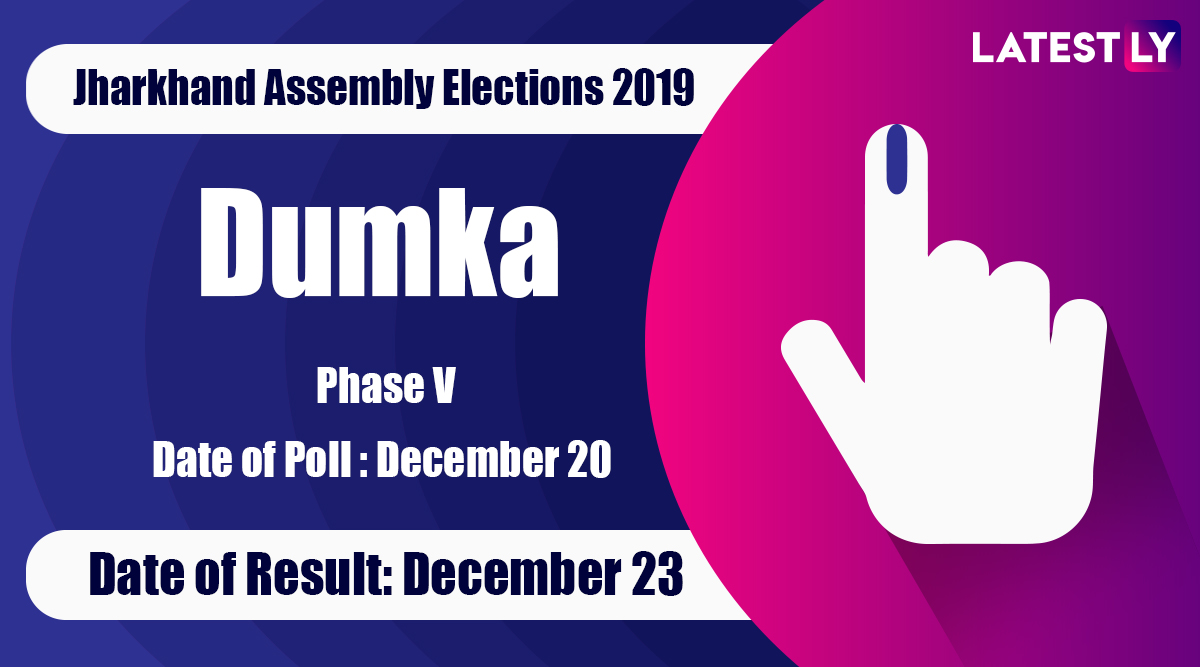 Dumka, December 17: Hemant Soren of the Jharkhand Mukti Morcha has won the Dumka Vidhan Sabha seat. The polling in Dumka assembly constituency in Jharkhand was held in the fifth phase on December 20, 2019. The Dumka seat comes under the Dumka Lok Sabha constituency. The sitting MLA of the Dumka constituency is Lois Marandi. Even this year, the BJP had given its ticket to Lois Marandi while the JMM had given its ticket to Hemant Soren. Jharkhand Assembly Elections Results 2019: JMM-Congress-RJD Alliance Set to Form Government, BJP Trounced.

The major political parties contesting the Assembly Elections in Jharkhand included BJP, Jharkhand Vikas Morcha (JVM) and the alliance between Jharkhand Mukti Morcha (JMM), Indian National Congress and Rashtriya Janata Dal (RJD). These three parties have come together to take on the saffron party in the ensuing elections. While BJP planned to go solo this time, the JMM had contested on 43 seats, Congress contested on 31 seats and RJD on 7.

A total of 16 constituencies went into polls in phase five. The notification was issued on November 26. The last date of filing the nomination papers was December 3. The counting of votes and result will be declared on December 23.

In the 2014 Assembly polls in Jharkhand, the BJP had triumphed the elections by winning 43 seats out of 81 seats. Ever since Jharkhand was formed, it was the first time in 2014, that a single-party (BJP) formed a majority in the state assembly.