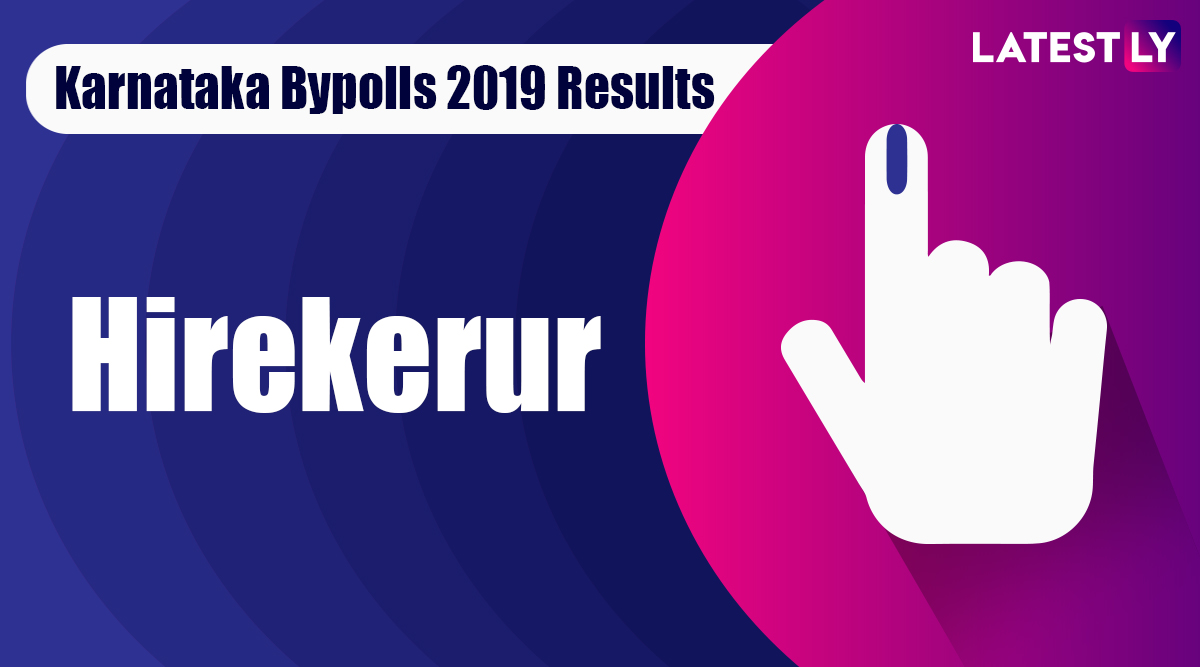 New Delhi, December 9: BC Patil of the Bharatiya Janata Party (BJP) has triumphed the Hirekerur bypoll seat in Karnataka. Patil won the seat by defeating his closest Congress rival BH Bannikod. The Hirekerur Vidhan Sabha constituency is located in the Havari district. In the Yellapur constituency, there are a total of 1,80,016 voters. This time, the Indian National Congress had fielded BH Bannikod while the Bharatiya Janata Party (BJP) gave its ticket to BC Patil. Karnataka Bypoll Results 2019 Live Streaming: Watch Live Telecast of By-Election Outcome in 15 Constituencies.

Voting for 15 assembly constituencies of Karnataka took place on December 5. An estimated 62.18 per cent average voting was registered in the by-elections on Thursday. The major parties contesting in these polls- BJP, Congress and JD(S). Earlier, BC Patil of the Congress was the MLA from this constituency. Karnataka Bypoll Results 2019 Live News Updates.

Apart from BJP and Congress, more than 100 independents who contested in Karnataka by-polls. JD(S) contested on 12 seats. In the 2013 Karnataka Assembly Elections, U.B.Banakar of KJP had won the Hirekerur seat by securing 52623 votes. In 2013 the seat witnessed a voter turnout of 82.09 percent in the Hirekerur constituency.