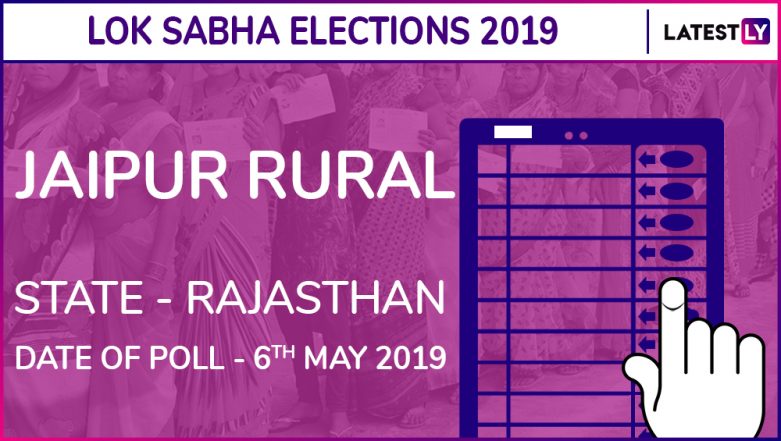 Jaipur Rural is one of the 25 Lok Sabha constituencies of Rajasthan. The voting for the parliamentary polls 2019 on this seat will take place in the Fifth phase on May 6. Currently, it comprises eight assembly seats  - Kotputli, Viratnagar, Shahpura, Phulera, Jhotwara, Amber, Jamwa Ramgarh and Bansur. The seat is not reserved for any category and its constituency number is 6. Lok Sabha Elections 2019 Schedule: Voting In 7 Phases From April 11 to May 19, Counting And Results On May 23; Check All Dates For General Elections.

The Bharatiya Janata Party (BJP) has fielded Union Minister Rajyavardhan Singh Rathore from Jaipur Rural seat, while the Congress has given the ticket to Krishna Poonia. The last date of filing nominations for the seat was April 18. The scrutiny of nominations papers took place on April `20. Meanwhile, the last date of withdrawal of candidature was April 22. Lok Sabha Elections 2019 Phase V: List of States And Constituencies Voting On May 6.

In 2014 elections also, Rathore had won from Jaipur Rural Lok Sabha Constituency defeating Congress candidate CP Joshi with a margin of over three lakh votes. In 2009 elections, Lal Chand Kataria had won the seat on the Congress ticket.