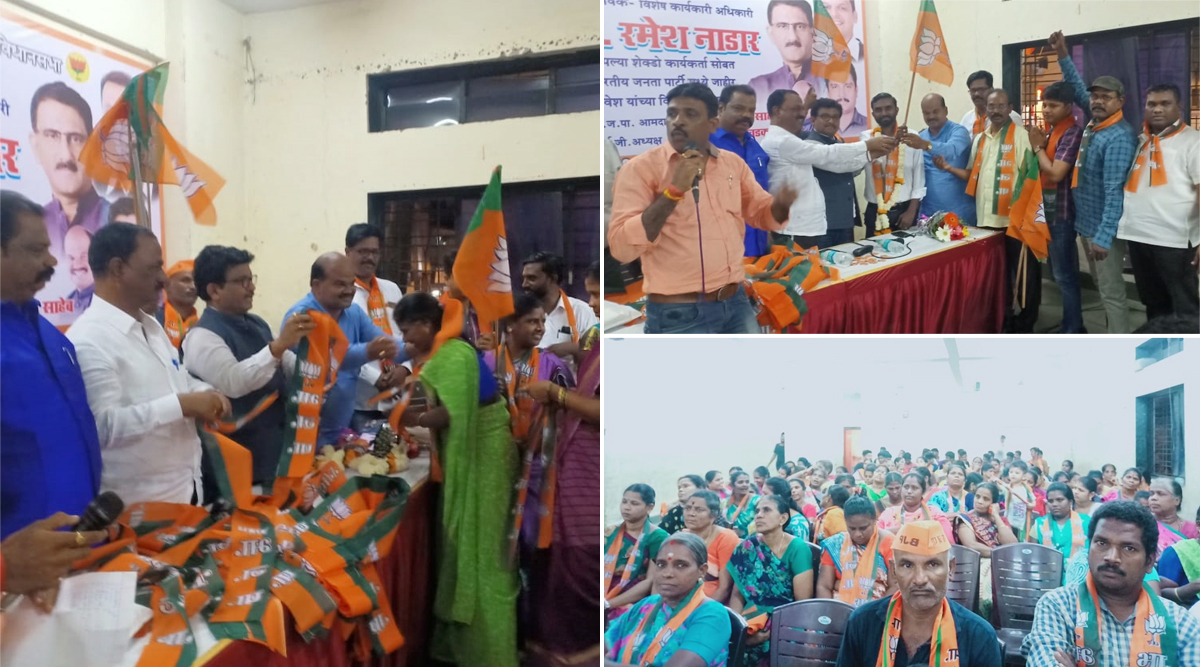 Mumbai, December 5: Around 400 Shiv Sena workers on Wednesday joined the Bharatiya Janata Party (BJP) at an event organised in Dharavi in Mumbai. This comes days after party President Uddhav Thackeray was sworn as the new Chief Minister of Maharashtra. On Friday, the 59-year-old Shiv Sena Chief formally took charge as the 19th Chief Minister of the state at 'Mantralaya' in Mumbai with a huge crowd trailing him.

According to a report by Indian Express, the workers who quit Shiv Sena were apparently unhappy with the party's decision to join hands with the Congress and the Nationalist Congress Party (NCP) to form the Maha Vikas Aghadi government in the state. The report quoted Sena worker Ramesh Nadesan saying that 400 supporters of Shiv Sena joined BJP as they felt cheated after the party shook hands with 'corrupt and anti-Hindu parties'.

The Shiv Sena-Nationalist Congress-Congress and other allies together had notched up a figure of 165, comfortably higher than the half-way mark of 145 required for simple majority to form a government in the state. The Maha Vikas Aghadi (MVA), led by Chief Minister Uddhav Thackeray, won the vote of confidence securing 169 votes on Saturday.