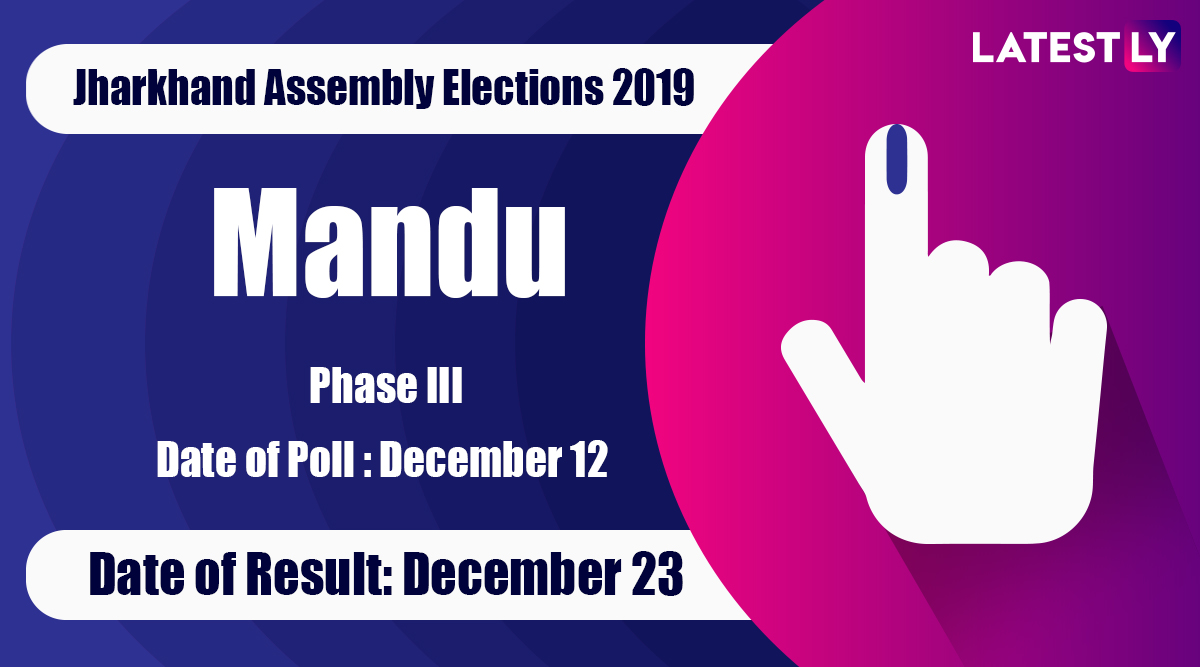 Ranchi, December 12: The constituency of Mandu goes to poll on December 12 in the third phase of polling in Jharkhand. Mandu is located in the Hazaribagh district of Jharkhand. The current MLA from the seat is Jai Prakash Bhai Patel of JMM. However, another interesting factor, which is drawing the people’s attention towards the seat this time, is the triangle clash of brothers.The sitting MLA Jai Prakash Bhai Patel is contesting on the BJP ticket, while his brother Ram Prakash Bhai Patel is the candidate of JMM-Congress-RJD alliance. Babulal Marandi’s party — JVM — has fielded their cousin Chandranath Bhai Patel against them from this constituency seat. Jharkhand Assembly Election 2019 Dates: Know Phase-Wise And Constituency-Wise Schedule For Vidhan Sabha Polls.