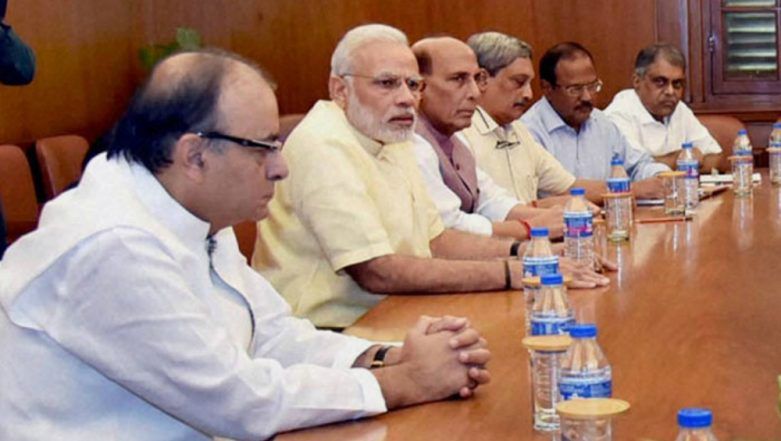 New Delhi, May 28: With speculations gaining momentum on the prospective minister' list in the Narendra Modi's second term, reports are coming from the political arena that 7-8 parliamentarians might get ministerial berths from West Bengal. The reason being BJP won 18 seats from West Bengal in Lok Sabha polls, with which the party might want to send a sign for upcoming Assembly elections in the state.

According to speculations, which is gaining momentum, around 7-8 BJP parliamentarians from West Bengal are likely to be awarded ministerial berths. Incumbent Union Minister Babul Supriyo and SS Ahluwalia might get an upgraded ministry, while Rajya Sabha MP Rupa Ganguly is in line to clinch a ministerial berth. Fake List of Cabinet Ministers In Narendra Modi's New Government Doing Rounds on Social Media Ahead of PM's Oath Taking Ceremony

Apart from this, chosen Lok Sabha representatives from Hooghly and Medinipur - Locket Chatterjee and BJP state president Dilip Ghosh - are also in line to get a recommendation while PM Modi decides his team. Few more names like John Barla and Dr Subhas Sarkar are other prominent leaders in fray for Union ministers as they helped establish BJP's victory in North Bengal.

Considering the issue that Assembly elections in West Bengal are due in 2021, BJP might want to nurture the Lok Sabha electoral gain and uproot Mamata Banerjee's stronghold in West Bengal. It is to be known that BJP won 18 seats in Lok Sabha polls for the first time and this helped PM-designate Narendra Modi-led BJP to reach 303 (in 542 seats) in Lok Sabha.