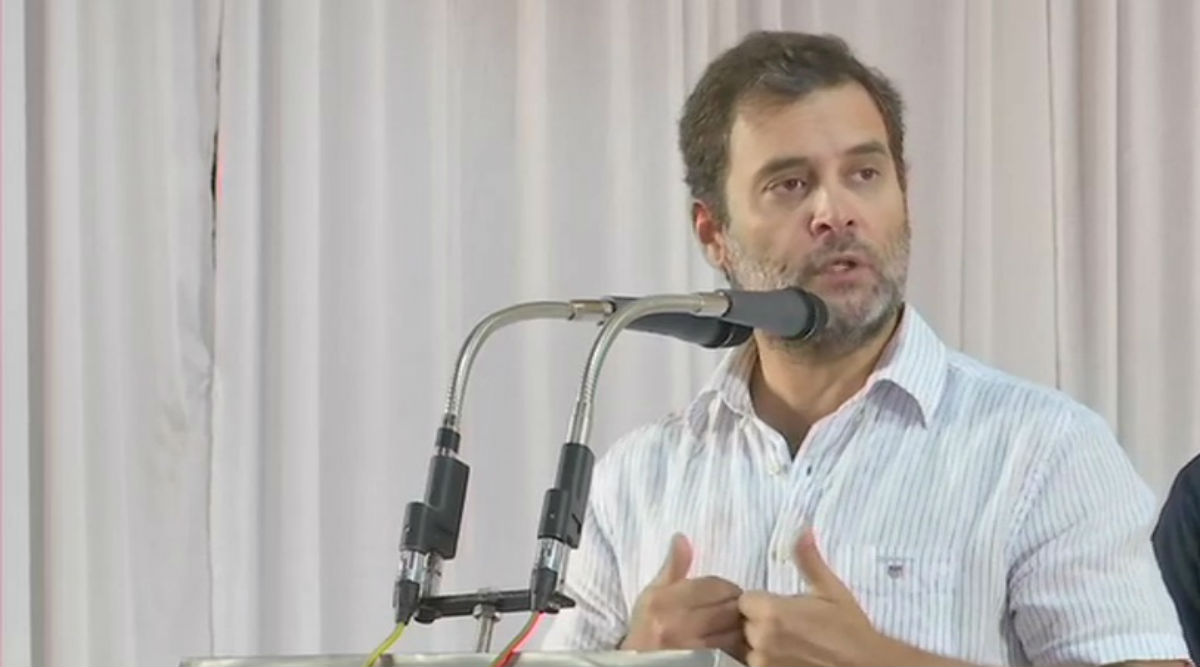 Wayanad, December 7: Attacking Prime Minister Narendra Modi over the increase in crimes against women, Congress lawmaker Rahul Gandhi on Saturday said that India has become rape capital of the world. Addressing a gathering in his parliamentary constituency Wayanad, Rahul Gandhi said that the country was seeing an increase in violence and hatred against minorities and women because "the man who is running the country believes in violence and indiscriminate power". Rahul Gandhi Again? Congress Leader KC Venugopal Hints Wayanad MP's Return as President.

"India is known as the rape capital of the world. Foreign nations are asking the question of why India is unable to look after its daughters and sisters. A UP MLA of BJP is involved in rape of a woman and the Prime Minister doesn't say a single word," Rahul Gandhi said. He was referring to the case of sacked BJP leader Kuldeep Singh Sengar who is accused of raping a woman when she was minor. Sengar was arrested last year in April after the victim accused him of raping her at his residence in 2017.

#WATCH Rahul Gandhi in Wayanad,Kerala: India is known as the rape capital of the world. Foreign nations are asking the question why India is unable to look after its daughters & sisters. A UP MLA of BJP is involved in rape of a woman & the Prime Minister doesn't say a single word pic.twitter.com/FOE35sflGT

"You have seen the increase in violence across the country, lawlessness and atrocities against women. Every day we read about some woman being raped, molested, thrashed. Minorities are subjected to violence and hatred. Dalits are thrashed and lands are snatched from tribals. There is a reason for this dramatic increase in violence," Rahul Gandhi said. In his address, the Congress leader apparently reacted to the killing of all four accused in the gruesome rape and murder of a 27-year-old veterinarian.

"There is a reason for this breakdown of our institutional structures, a reason that people are taking law into their own hands. It is because the man who is running this country believes in violence and indiscriminate power," Rahul Gandhi said, making a veiled attack on PM Modi. All four accused in the Hyderabad rape and murder case were gunned down by Telangana police personnel in an encounter in the early hours of Friday. Even though celebrations erupted over "instant justice", many were sceptical about the police action. Hyderabad Encounter Reminiscent of 2008 Warangal Shootout, Both Happened Under Top Cop VC Sajjanar's Watch.

According to the police, the four accused in Hyderbad gangrape and murder case were taken to the spot for the reconstruction of the crime scene as part of the investigation. They allegedly snatched weapons from cops and fired at them in a bid to escape. "In self-defence, the police fired back, in which the accused were killed," Cyberabad Police Commissioner VC Sajjanar told news agency ANI.

Rahul, who arrived in Wayanad on Thursday for a constituency tour, on Friday visited the house of 10-year old S. Sherin, a Class 5 student, who died after a snake bit her when she was sitting in the classroom, on November 20. He also reached the Government School, Sulthan Bathery, where Sherin studied and went to the classroom and spoke to the children, but did not interact with them.