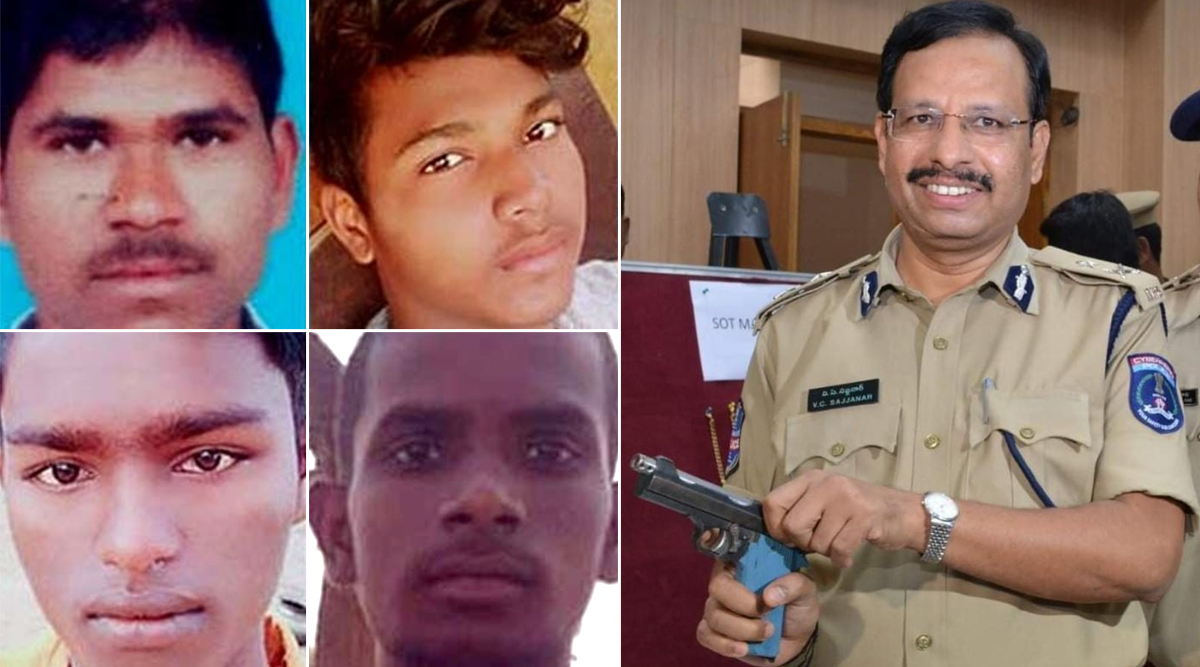 Hyderabad, December 6: When the news of an encounter of four accused in the gangrape and murder of a veterinarian broke out, those who covered Cyberabad Police Commissioner VC Sajjanar in the past were not really surprised. This is second such encounter under VC Sajjanar's watch in Telangana. The circumstances, reported by the police, that led to the encounter were uncannily similar to an alleged encounter that happened in Warangal, eleven years ago. Hyderabad Encounter: All Accused in Vet Rape And Murder Case Gunned Down at Same Spot Where They Dumped Victim's Body.

According to the police, the four accused in Hyderbad gangrape and murder case were taken to the spot for the reconstruction of the crime scene as part of the investigation. They allegedly snatched weapons from cops and fired at them in a bid to escape. "In self-defence, the police fired back, in which the accused were killed," Sajjanar told news agency ANI. These events were reminiscent of what had happened in 2008 when Sajjanar was posted as Superintendent of Police in Warangal. Hyderabad Encounter: Maneka Gandhi Questions Killing of Accused by Police in Vet Rape And Murder.

In December 2008, three men were killed in an alleged encounter. They were accused of throwing acid on two women engineering students of the Kakatiya Institute of Technology. The acid attack on Swapnika and Pranitha was allegedly carried out by Srinivas Rao with the help of Harikrishna and B Sanjay after Swapnika had rejected Rao's proposal.

Like what happened in Hyderabad today, then Warangal Sajjanar had taken the three accused to the spot where they allegedly threw acid on Swapnika and Pranitha. The accused allegedly tried to attack the cops with crude bombs. Sajjanar had said that the cops opened fire in self-defence, killing all three accused, reported The News Minute.

Celebrations erupted in parts of Telangana after the killing of four accused in the gangrape and murder of Hyderabad veterinarian. The 27-year-old veterinarian was sexually assaulted and killed near Outer Ring Road. Her body was set ablaze and found under a culvert near Shadnagar town, about 25 km from Shamshabad. The heinous crime had triggered nation-wide outrage with people calling for the immediate death penalty to the perpetrators.