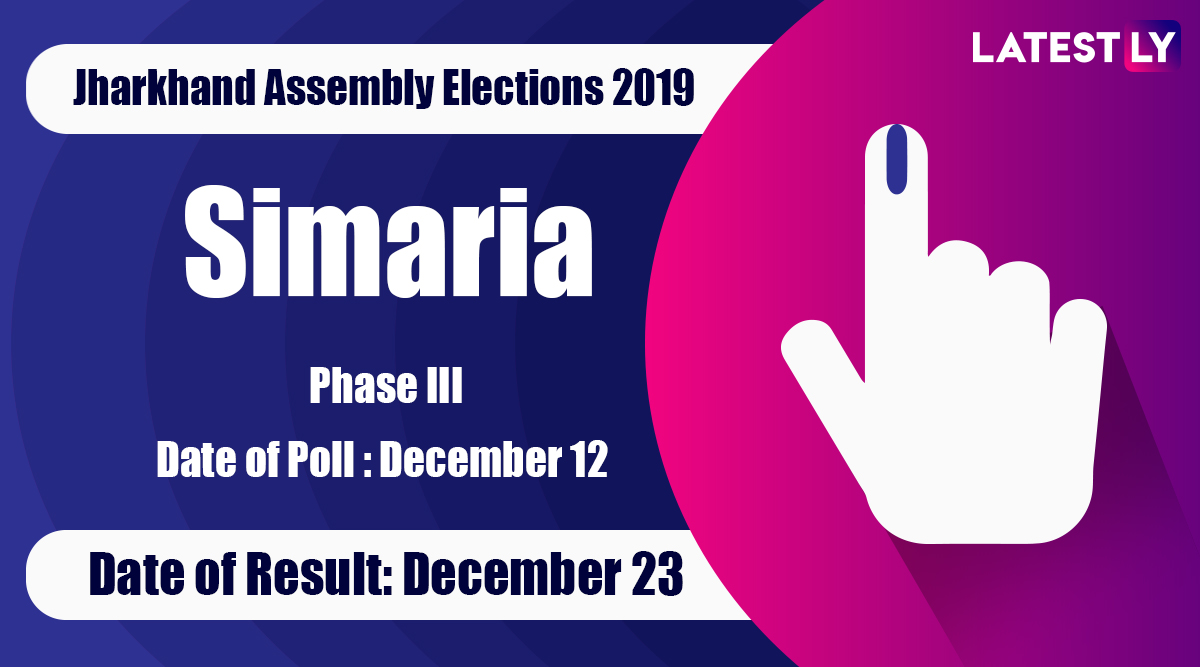 Ranchi, December 12: The constituency of Simaria goes to poll on December 12 in the third phase of polling in Jharkhand. The seat is currently held by Ganesh Ganjhu of JVM. In the 2014 Assembly Elections, he beat Sujeet Kumar Bharati of BJP. This time, the Congress candidate from the seat for the 2019 Assembly Elections is Yogendra Baitha, the JMM nominated Lobin Hembrom and JVM has fielded Ram Murmu from the seat. The BJP has given ticket to Surya Narayan Hansada. Jharkhand Assembly Election 2019 Dates: Know Phase-Wise And Constituency-Wise Schedule For Vidhan Sabha Polls.

The major political parties contesting the Assembly Elections in Jharkhand include Bharatiya Janata Party (BJP), Jharkhand Vikas Morcha (JVM) and the alliance between Jharkhand Mukti Morcha (JMM), Congress and Lalu Prasad Yadav's Rashtriya Janata Dal (RJD). These three parties have come together to take on the BJP in the ensuing elections for the 81-member Jharkhand assembly. While BJP plans to go solo this time, the JMM will contest 43 seats, Congress wil contest on 31 seats and RJD will contest on 7.Jharkhand Assembly Elections 2019 Dates And Full Schedule Announced by Election Commission: Polling in 5 Phases.