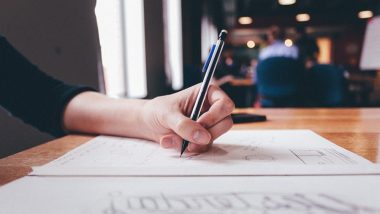 Left-handed people, August 13, is your Day. International Lefthanders Day is observed every year in recognition of our left-handed friends, whose uniqueness and struggle at the same time is appreciated globally. There are an essential history and significance associated with the observance of the wonderful lefties. Left-handers day was first celebrated in 1976 by Dean R. Campbell, founder of the Lefthanders International, Inc. Apart from appreciating the existence of lefties in the predominant right-handed people, International Lefthanders Day calls for major significance. 8 Mind-Blowing Facts About Lefties That Make Them Different.

The lefties life struggle is real that only people alike would understand. International Lefthanders Day is to recognise the plight of your left-handed friends living in a right-handed world. And if you are a leftie, then pause to appreciate your skill. There are a lot of popular faces who are wonderfully left, such as U.S. former Presidents John F. Kennedy, George H.W. Bush, Barack Obama, celebrities like Marilyn Monroe and Bob Dylan and the list goes on.

History claims that publicist Dean R. Campbell first initiated Lefthanders Day in 1976. He created the day to make an awareness among people to the problems and needs of left-handed people in a society dominated by the right-handed. The first time it was observed on August 13 in the same year, and ever since then, it has become an annual celebration. Lefthanders Day also emphasises on the significance of the special needs for left-handed people. As per researchers, seven to ten percent of the world’s population are lefties and men are more likely than women to be left-handed.

There are a lot of ways in celebrating International Lefthanders Day. Not that you will have to attend any awareness programme, you can rather make a difference by showing some attention and care to people who are lefties. And if you are a leftie, just spend the Day doing just about anything you want.

(The above story first appeared on LatestLY on Aug 12, 2019 06:00 PM IST. For more news and updates on politics, world, sports, entertainment and lifestyle, log on to our website latestly.com).