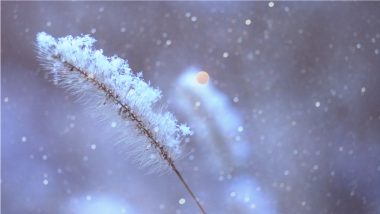 Winter solstice, also known as the hiemal solstice or hibernal solstice takes place when either of the earth’s poles reaches the maximum tilt away from the sun. This year it will be observed on December 21, Tuesday at 3:59 pm.

Winter solstice is the day with the shortest period of daylight and longest night of the year. This is because the Northern Hemisphere is tilted farthest away from the sun. After the winter solstice, the Northern Hemisphere starts tilting towards the sun again due to which days get longer. We at LatestLY, have curated some interesting facts about the winter solstice so as to make you more aware of Themis astronomical event.  Legends, Stories and Observances Related to the Shortest Day of the Year

Solstices are the longest and the shortest days of the year, while equinox the length of day and night are equal. The December Solstice takes place between 20 to 23 December and this year it will be observed on December 21, Tuesday.

(The above story first appeared on LatestLY on Dec 21, 2021 08:14 AM IST. For more news and updates on politics, world, sports, entertainment and lifestyle, log on to our website latestly.com).