A Chinese man who is fond of eating exotic foods is now suffering a major lung condition that has caused his lungs to be filled with worms. The man is known to have once eaten a raw snake gallbladder, and is now fighting for his life. 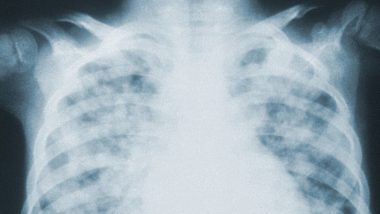 A Chinese man who is fond of eating exotic foods is now suffering a major lung condition that has caused his lungs to be filled with worms. The man is known to have once eaten a raw snake gallbladder, and is now fighting for his life. The man whose last name is said to be Wang has his lungs infested with worms and the reason behind this could be consumption of raw food or drinking unclean water, according to Daily Mail. After being rushed to the hospital, it was understood by the doctors that Mr Wang's dietary habits included having seafood like crayfish and river snails and after he also revealed that he had eaten a raw snake gallbladder, doctors pointed out that he could be having Paragonimiasis. 'Bundles' of Live Wriggly Worms Found in Constipated 4-Year-Old's Intestines in West Africa (View Pics).

The man is said to have a serious, line-shaped infection on his lungs, as revealed by the CT scans. After suffering for weeks from unsettling symptoms caused by the terrifying disease that had taken a toll on his lungs, he was rushed to a hospital in Suqian, Jiangsu province of eastern China. He has been diagnosed with paragonimiasis which is a food-borne parasitic infection caused by lung fluke. Ball of Hair Removed From Ahmedabad Girl’s Stomach; All About Rapunzel Syndrome or Trichophagia – The Hair-Eating Disease.

Paragonimiasis, also known as the, lung fluke disease is an infection caused in the lungs by a species of trematodes, Paragonimus. The lung fluke aka flatworm, targets and infests humans lungs leading to major infections. The cause behind the disease is said to be consumption of raw or undercooked crab or crayfish. The disease can usually be contained but once the parasite travels to the central nervous system matters may get out of hand. However, the diagnosis can only be made by a medical expert. The symptoms of Paragonimiasis mimics that of tuberculosis. Here are a few symptoms according to WHO:

The news comes the coronavirus pandemic that has infected over three million people around the world has shed a light on the exotic food industry in China. Although scientists are still trying to unravel several aspects of the killer bug, it is widely believed that the virus came from a Wuhan seafood market where wild animals were sold as food.

(The above story first appeared on LatestLY on May 02, 2020 01:38 PM IST. For more news and updates on politics, world, sports, entertainment and lifestyle, log on to our website latestly.com).