Fentanyl A More Dangerous Drug Than Heroin in the US Says CDC: Facts About This Deadly Opioid 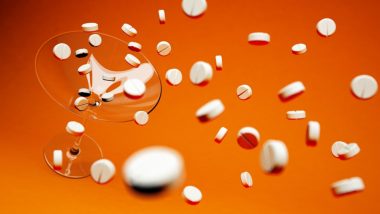 A new drug is out to dethrone oxycodone and heroin as America’s deadliest drug, and it’s fentanyl. The Center For Diseases Control and Prevention (CDC) has released a report on the drugs involved most frequently in overdose deaths from 2011 to 2016. The drug oxycodone was the biggest offender in 2011, followed by heroin in 2012-2015. But according to the report, fentanyl-related overdose deaths have doubled each year from 2013 through 2016. The drug which caused 1,600 deaths in the US, claimed 8,000 lives in 2015 and a whopping 18,000 lives in 2016. The trends show that fentanyl may have dethroned heroin and oxycodone as the deadliest drugs in America.

Fentanyl is a drug used as a pain reliever, especially for treating severe pain associated with advanced cancer. It is 50-100 times more powerful than the popular pain reliever morphine. Prescribed either as lozenges or patches, fentanyl use can easily lead to abuse.

Apart from being a pain reliever, fentanyl is also a powerful narcotic substance, which causes addiction or habituation. It is either used along with other anaesthetics or as an anaesthetic itself. According to a 2018 study published in the journal Forensic Science International, illicit use of fentanyl has been growing, mainly in North America and Europe. Mass Overdose in a Park in Connecticut Highlights U.S.’s Fentanyl Epidemic.

The drug is often mixed up with heroin to create “fake heroin” or with cocaine to make the drugs more potent and to improve its euphoric effects. Fentanyl can also be taken intravenously, inhaled, applied as a dermal patch or inserted anally. It’s popular in the drug market for its heroin-like effects. US News Anchor Reports on Her Own Daughter’s Death Due to Drug Overdose in a Heart-Breaking Video.

How Does Fentanyl Affect Your Health?

Fentanyl binds to your body’s opioid receptors in the brain, which controls pain and emotions. The result is painlessness, euphoria and relaxation. According to the National Institute on Drug Abuse, fentanyl affects the body like heroin, causing sedation, nausea, confusion, constipation, respiratory problems, unconsciousness, coma and even death.

Why is Fentanyl Use a Rising Problem?

Fentanyl is a highly addictive drug. It has been held responsible for 29 percent of all overdose deaths in 2016, a marked jump from four percent in 2011.

According to National Laboratory Information System, the cases of fentanyl overdoses increased nearly seven times from 2012 to 2014.

What Are the Signs of Fentanyl Overdose?

Fentanyl overdose can be potentially fatal. If you see some of these signs, get medical help right away. According to drugabuse.com, these are some of the symptoms:

According to the National Institute of Drug Abuse, a high dose of opioids such as fentanyl can cause death by arresting the respiratory system. Any case of fentanyl overdose should be treated with urgency. Naloxone can help in reversing the effects of fentanyl in such cases.

(The above story first appeared on LatestLY on Dec 14, 2018 12:32 PM IST. For more news and updates on politics, world, sports, entertainment and lifestyle, log on to our website latestly.com).