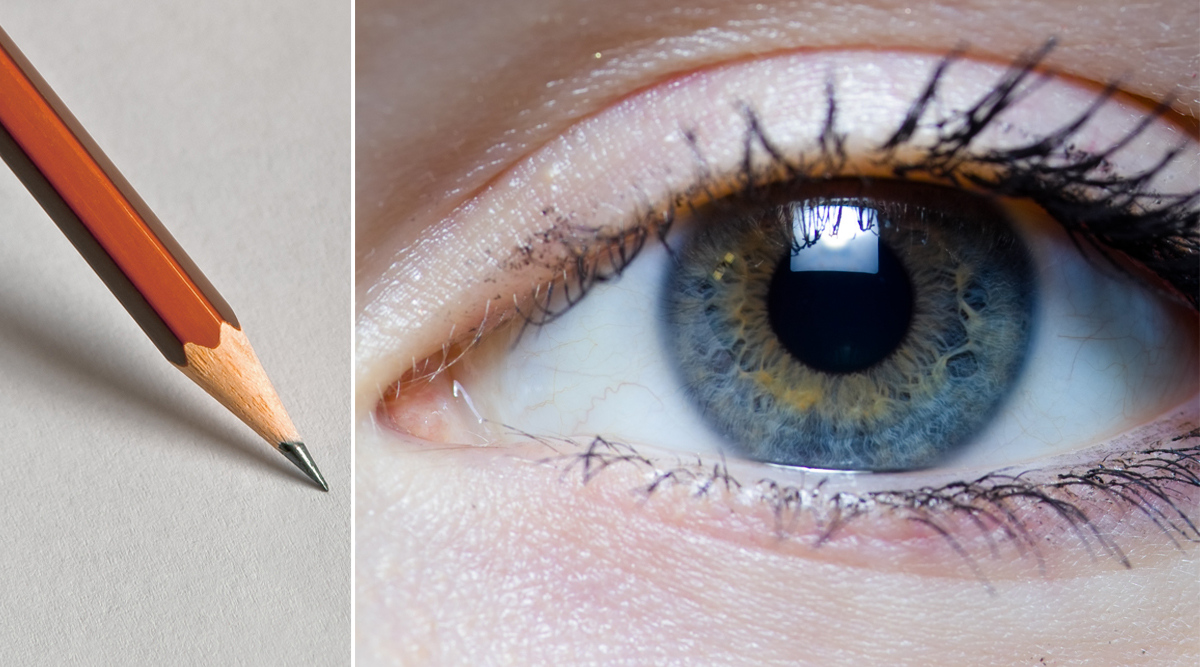 School accidents can sometimes turn into major mishaps, just like it did for this teenage girl who had two pieces of lead stuck in her eye, after an unfortunate accident in school. The 13-year-old had a pencil launched at her by a classmate from the other side of the room. The pencil hit directly at her eyes and the Manchester, UK resident only realised about the pencil tip lodged in her eye when a friend pointed it out. She was rushed to Manchester Royal Eye Hospital for emergency surgery where medics plucked both parts of the tip from her right eye. The consequences could have been even worse because one of the pieces were just millimetres from her retina. The retina converts light into imagery and is the part of the eye that controls vision. Any damage to that tissue can lead to permanent blindness. 11-Year-Old Gets Pencil Stuck in Her Neck After She Fell on it While Playing at School in Toronto (Watch Shocking Video).

The incident had taken place three years ago and while the girl has completely recovered, the case found its way to the British Medical Journal Case Reports. Lead author of the case report, Amreen Qureshi, said: "One in six of ocular perforation injury in children occurs when an object is thrown. If acquired vision loss from trauma in childhood is severe, it may cause life-changing differences to a child's education and future employment prospects."

What Is Pencil Lead Made Up Of And Its Effects

The pencil lead is made out of graphite which is relatively non-poisonous. Unless the person ingests the lead, and chokes the graphite per se may not cause any kind of poisonous reactions. However, if there are any kind of symptoms exhibited after the ingestion or stabbing of pencil lead which may include stomachache and vomiting, they must be rushed to the medics because it could be from a bowel blockage.

Choking because of swallowing a piece of a pencil or lead is a highly possible mishap amongst school kids. There is no risk of lead poisoning if one is stabbed pencil because it doesn't contain lead, in fact, a mixture of clay and graphite. However, there may be a risk of infection for the person who has been stabbed. But pencils do not contain any lead metal