Influencer Chandni Taking Micro Brands to Next Level With Her Content

Chandni is a popular social media promoter and influencer across the major platforms. Recently, she started capturing the attention of micro brands. It could be her quality content or long list of followers that are attracting the new age micro brands 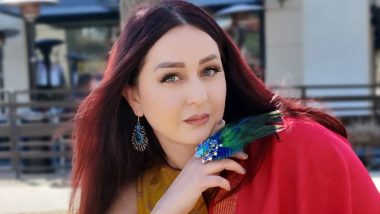 Chandni is a popular social media promoter and influencer across the major platforms. Recently, she started capturing the attention of micro brands. It could be her quality content or long list of followers that are attracting the new age micro brands.

Brand promotion by celebrities has been a popular mantra. This is the most effective way of promoting brands since a very long time. Recently, the brand promotion has undergone revamping when social media started gaining popularity.

The spike in the popularity of social media opened doors to many talented spirits that were living in the shadows. These social media celebrities soon got their name as influencers.  Their skills and content creating tactics impressed the audience. International social media sensations like Kylie Jenner and Kim Kardashian run the promotion world.

Chandni is one such influencer on social media that has taken the micro brands to a whole new level. First, she curates content based on trends, tastes, and seasons. Then, she amalgamates the trends with the brands to keep her audience engaged and entertained. In a very small span of time,  she has garnered a plethora of followers on social media platforms. With the promotion of micro brands, she has gradually become a social media sensation.

Talking about Chandni’s background, she is an Indian origin influencer who relocated to Texas for higher education from Mumbai, India. She is a mother of two and was a radio host for a long time. After giving birth to her younger son, she participated in Mrs Texas. This was a turning point for her. She learnt that her body is a temple, and she needs to take care. Since then, she started exercising and gyming. In a few months, she was carrying herself with more confidence and panache.

Chandni has always loved socializing. So when social media became popular, she started posting reels and live videos. One of her social media live reels went viral, and since then, she had never looked back.

She is a mother who loves keeping herself fit and dared to share her experience and lifestyle on social media. Apparently, she has broken many norms relating to age and body. In an interview, she said that she has never felt that her age is any kind of barrier for her. When she can make it as a mother of two on social media, then anyone can.

Chandni started with posting reels and live videos. With her growing fan base, Chandni caught the attention of micro brands. The promotion of the micro brand garnered more likes than expected by the brand itself. Gradually, the brands across the world started contacting her. Chandni brand promotion techniques are undeniably impeccable.

The future of social media is on the shoulders of influencers. They have shown in the past that they can be a reason for many to keep visiting their pages. There is no absolute formula for winning people’s hearts on social media. It is said that the ones who understand the audience become a sensation overnight. Apparently, Chandni has understood the exact demand of her audience, and she is catering effectively. The micro brands have found solace in Chandni and her content on instagram and facebook.

Recently, she participated in an event for the Fabindia USA brand sponsored by Nanzvision wherein she wore an earthy feel dark nude one piece. She looked mesmerizing and swooned many on her social media platform. Chandni’s posting on social media brought thousands of followers to the event. This is the impact of an influencer. They can transform any event into a grand affair.