Sex Query: Can Olive Oil Be Used as a Lube? Know More About Coconut/Grapeseed Oil and Other Natural Alternatives of Lubricants 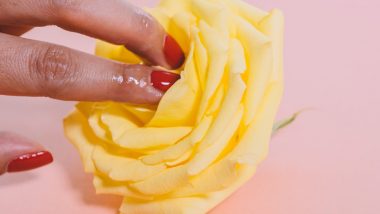 There are several lubricants available in the market that help in making sex smoother. Lubricants or lube helps in creating friction between the genital parts, hereby making penetration easier. A user on Reddit happened to ask if olive oil, which is easily available in the market and in one’s kitchen too, can be used as a lube. The consistency of oil is such that it can act as a perfect lubricant. But can olive oil actually be useful when it comes to sex? Let’s find out. Smooth Sex For Intense Orgasm: What Is a Lube? Types of Lubricants and Hot Ways to Use Them While Having Sex!

Although a lot of people have claimed to have used olive oil as a lube, the result hasn’t been great for them. Although an oil, olive oil’s consistency and texture is far different than that of coconut oil. That’s one of the main reasons why many opt for coconut oil for smoother penetration during sex. Using olive oil for sex is not harmful as per reports but it may not be able to give you the same satisfaction as coconut oil.

(The above story first appeared on LatestLY on Jul 02, 2020 09:00 PM IST. For more news and updates on politics, world, sports, entertainment and lifestyle, log on to our website latestly.com).