Through failure and through the most difficult moments, he has become a master in online marketing, along with email marketing, and this is the reason why he went from earning $2000 a month to $100,000 in a year. If that isn’t profound, we wouldn’t know what is. 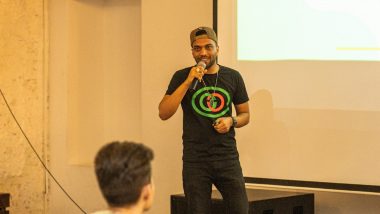 This current generation has been very innovative, putting their efforts into the most unique things and learning about the trends. One such thing that has not only been trending but also advantageous to a lot of people involved in the industry is cryptocurrency.

Yogesh Rao has been an established individual who has been practising in the industry for the longest time now because he started out pretty young and he realised the true essence of having a stable means of income. Undergoing a lot of issues and yet bouncing back from such a financial crisis, Yogesh Rao has certainly learned a lot about working independently and facing the big challenges that were put in front of him, but he never gave up and always made sure to adapt and improvise. Looks like he is excellent at doing so!

Before he went upon the journey of adapting email marketing as his main career, Yogesh Rao realised that he certainly would not really enjoy a job where he would be bossed around most of the time, he is his own person and likes to do his own thing in a given period of time. Actually, most entrepreneurs like to work alone because then they can put their complete focus on whatever project or task they have picked up.

“When I started out in college, I was only looking for an online job which could earn me some money, but I wouldn’t have guessed that I would reach this place today.” Says Yogesh Rao.

Through failure and through the most difficult moments, he has become a master in online marketing, along with email marketing, and this is the reason why he went from earning $2000 a month to $100,000 in a year. If that isn’t profound, we wouldn’t know what is. He says that his best attempt to date has been in helping out people from the marketing industry to achieve their particular goals, and although he was not an expert in the beginning, he took up a number of courses that would rather help him out. Being a dropout does not actually hold him back from anything, it proves that even such individuals can be successful if they have decided upon it.

Most people really lose their motivation to work once they face failure, but Yogesh Rao on the other hand is somebody unique and distinguished. Since he was preparing for his IIT examinations, he failed to pass them, yet he decided to keep going and today he is one of the best marketers, entrepreneurs, and also an investor. One probably has a lot to look up to him!