Butter in Chai? But Why? Video of Popular Tea-Making From Agra is Going Viral and Chai Lovers are Offended!

An Instagram page called Foodieagraaaa posted a reel of this butter tea making on a stall in Agra. The man adds an entire slab of butter to the tea while its boiling hot. Yes, why you'd ask? People have similar reactions. 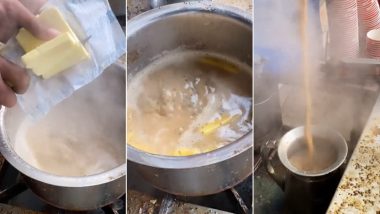 How do you like your chai? A die-hard tea lover who consumes as their potion every morning, have set preference about how they like their chai. So when something goes amiss in your regular tea preparation you can point it out. But imagine an entire slab of butter in your tea! Yes, we are talking about regular butter that you otherwise apply on bread. But apparently, it is a very common way of preparing tea up north, especially in Kashmir. A video of a butter tea preparation from Agra has been going viral on social media and of course, the chai lovers are offended, well, we wouldn't blame them! Remember the video of chicken tikka in Chai that went viral last year?

Weird food combinations have always annoyed the food lovers on Twitter. But what could go wrong with tea, you wonder? A lot of butter, maybe? An Instagram page called Foodieagraaaa posted a reel of this butter tea making on a stall in Agra. The man adds an entire slab of butter to the tea while its boiling hot. Yes, why you'd ask? But apparently it is quiet a popular way of making tea, especially in the extremely cold regions up north. For regular tea-drinkers, who have a fixed concoction of their chai, this is highly unimpressive. So the video is going viral with similar reactions. Beer Maggi Served in Delhi Restaurant Goes Viral, Twitter Asks, 'Khale ya Peele?' (Watch Video of Foamy Maggi Noodles).

The video has gone viral with over 2.4 lakh views but people are not as impressed. Check some reactions to this video: 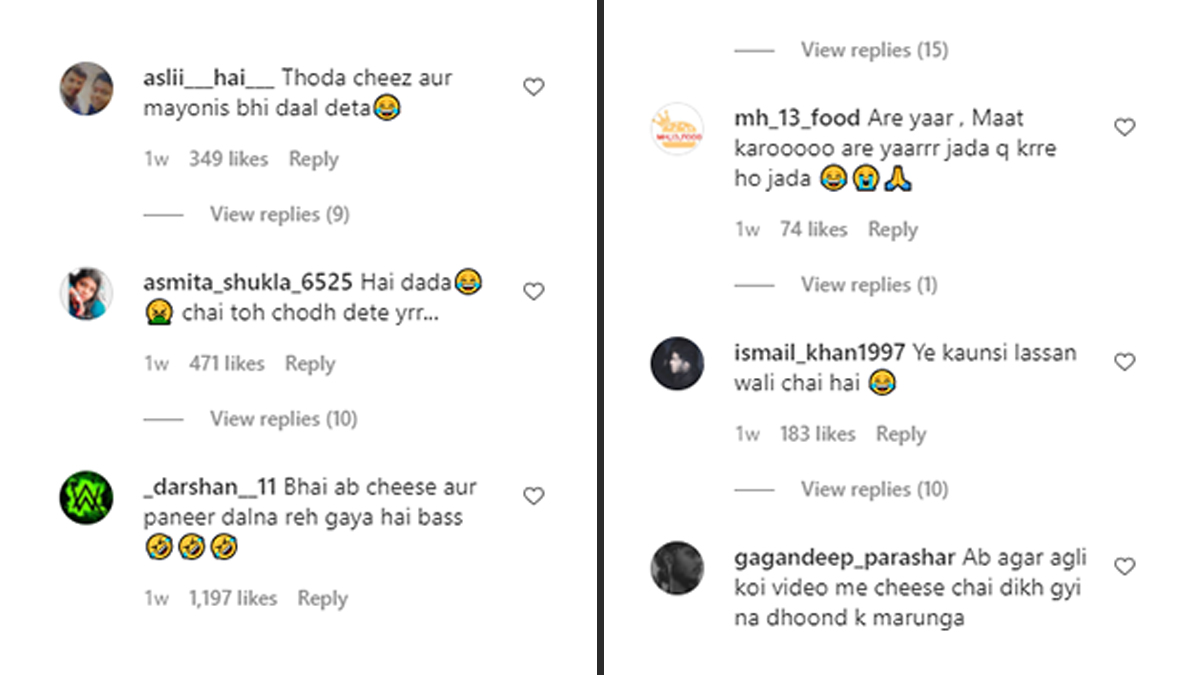 We get it, as a tea-lover you too may reiterate the sentiments of these comments. But butter in tea is said to have several benefits like increase the antioxidant benefits. Besides, it also helps to keep your lips nourished and prevent them from getting chapped. While a little dollop of it may seem fine, this entire slab gets a bit too much.

(The above story first appeared on LatestLY on Jan 16, 2021 06:36 PM IST. For more news and updates on politics, world, sports, entertainment and lifestyle, log on to our website latestly.com).