Is Peppa Pig 7 Foot 1 Inch Tall? Internet Is SHOOK After Google Reveals Cartoon Piggie to Be a Freak of Nature 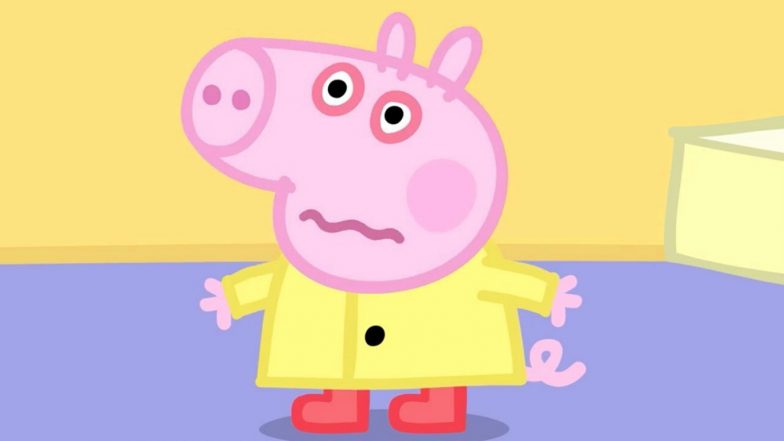 Peppa Pig, the beloved cartoon character often makes the headlines, sometimes for controversies. After releasing her first album, earlier this week, the British animated character has had netizens shook. A screenshot of Google showing Peppa Pig’s height as 7 foot and 1 inch tall has been freaking people out. Netizens have been wondering if the adorable pink piggie is a freak of nature. Peppa Pig Is Sexist? London Fire Brigade Accuses the Cartoon for Referring Firefighters As ‘Firemen’.

If you go through Peppa Pig fandom Wiki, you will see Peppa’s height mentioned as 3 feet, nine inches. And as an animated character, her height depends on the size of the screen, she is appearing on. The viral screenshot showing the surprisingly tall height of the cartoon character has been inspiring memes and they are hilarious. Momo Challenge Is Back Online! UK School Warns of Suicidal Content in Peppa Pig, Fortnite and YouTube Kids Videos.

She Went on Calculating the Piggie Family's Height

I actually did some calculations yesterday after seeing Peppa's astounding height pic.twitter.com/HTkZG6T505

Peppa Pig is kids’ favourite cartoon character and there is no doubt about it. Not just children, but the Piggie family is even popular among adults, although for various reasons. However, no one could have ever imagined Peppa’s height to be this tall. If Peppa is this huge, imagine how big the other characters would be! While this whole thing may have been a viral hoax, the reactions were undeniably hilarious and enjoyable.