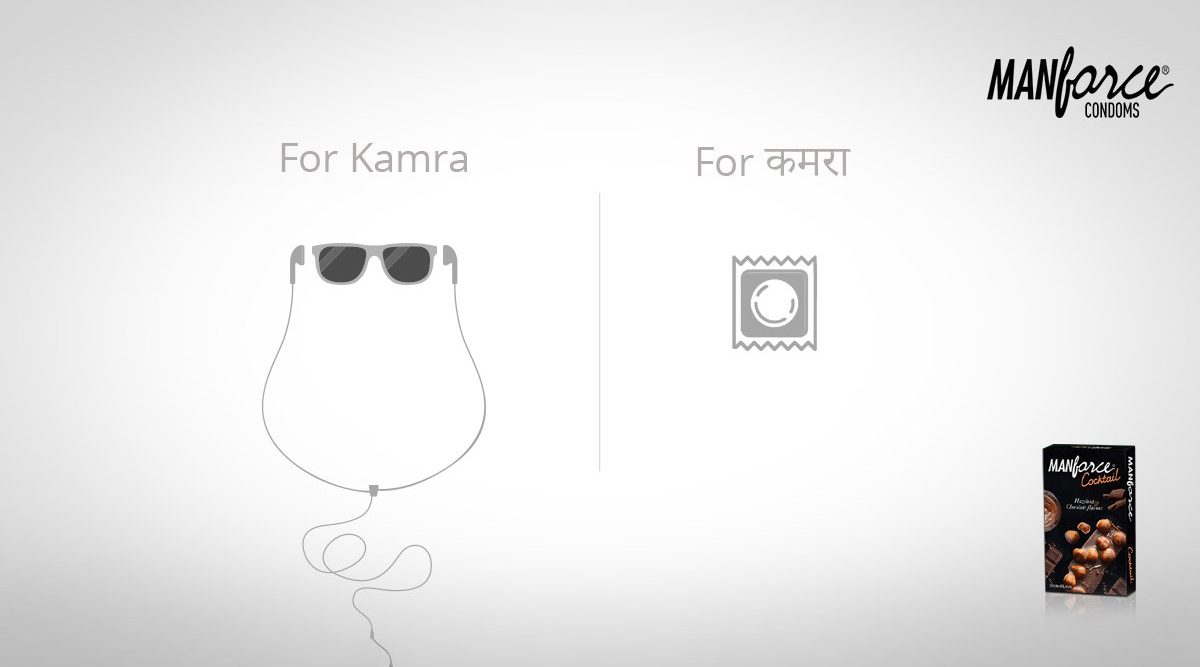 New Delhi, January 29: A day after the Kunal Kamra-Arnab Goswami episode became a national issue, Manforce Condoms took a funny take on it and promoted their brand. On Tuesday, stand-up comedian Kunal Kamra shared a video in which he was seen provoking news anchor Arnab Goswami onboard an IndiGo flight. While Kamra kept asking questions over his brand of journalism, Goswami, wearing a shade and earphones, remained silent. Kunal Kamra Suspended By 4 Airlines After He Confronts Arnab Goswami On Mumbai-Lucknow Indigo Flight.

Manforce Condoms shared a picture in which glare and earphones were drawn for "Kamra" and a condom for kamra (Hindi word for room). "Whatever be the situation, always be prepared. #FlightMode," captioned the condom brand. Kamra has been banned by four airlines after the video of him allegedly heckling Goswami went viral on social media. Civil Aviation Minister Hardeep Singh Puri had called for action against Kamra. No-Fly List: Kunal Kamra Among 'Unruly Passengers' After 'Heckling' Arnab Goswami On Board IndiGo Flight, Here Are Similar Past Incidents.

I did it for Rohit pic.twitter.com/aMSdiTanHo

While IndiGo immediately banned Kamra from flying, Air India followed the suit after Puri's tweet. On Wednesday, airlines SpiceJet and GoAir barred the stand-up comedian from using their services. Vistara said that it has a zero-tolerance policy against "any behaviour or act that compromises the safety, security and dignity of its customers and staff". "We will review and follow due process in such cases," a Vistara spokesperson said.