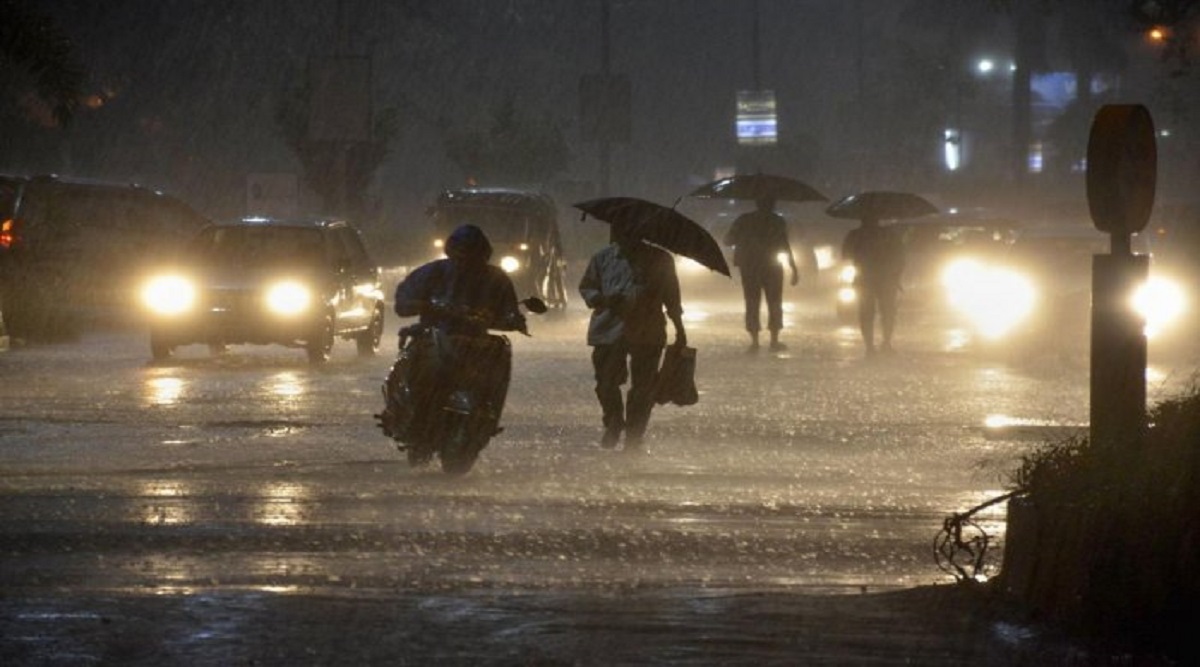 Mumbai, October 8: Heavy to heavy rainfall was witnessed in several pockets of Mumbai and the suburban parts of Thane, Kalyan, Navi Mumbai, Badlapur and Dombivali on Tuesday night. The downpour with such intensity, unexpected during the fag end of Monsoon, coincides with the Vijayadashami celebrations, which marks the end of Dussehra festivities. Mumbai Rains Return: Mumbaikars Shocked With Heavy Rainfall Combined With Gusty Winds in Navi Mumbai, Thane, Kalyan; Electricity Cut Off in Badlapur.

Several Mumbaikars took to social media to point out that the rainfall may have ruined Ravan Dahan at several places, as the rains began in late evening -- when most of the organisers had scheduled the burning of Ravana effigy. Twitter users had a fun time as several among them reiterated that this year "Ravan doob kar marega (Ravan will be drowned to death this year)".

#Raavan won't be burnt today but he will submerge in #MumbaiRains

Real Fireworks in The Skies

Firecrackers bursting on occasion of #Dussehra on ground, some intimidating ones from sky just added real power to it. #MumbaiRains

Crackers lightning under thunderstrom , with visual effects of nature.

Mumbai it is guys for you all.#MumbaiRains

The India Meteorological Department (IMD) had, earlier in the week, issued a thunderstorm and rainfall alert in Pune and North Konkan region. In Mumbai and adjoining parts, the alert was issued last week.

The rainfall combined with thunders and lightning are part of the final spell of Monsoon 2019. The rainfall season is expected to retreat from all parts of the nation by October 15, the IMD said.