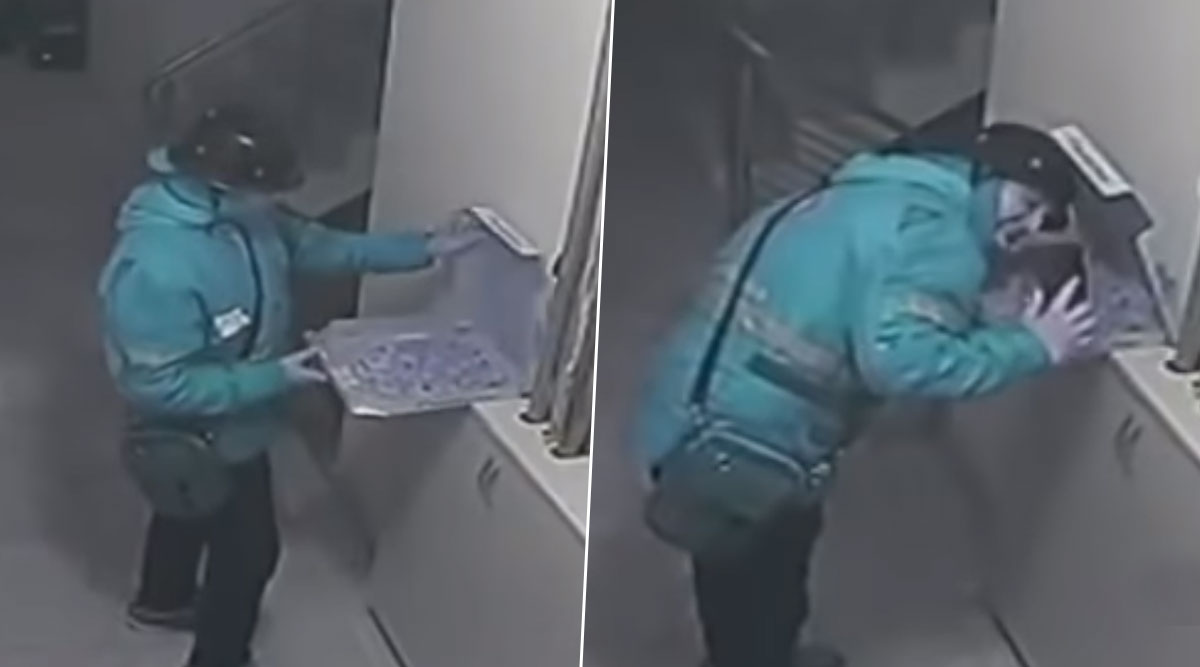 Istanbul, January 23: A Turkish prosecutor called for a sentence of up to 18 years for a delivery man who spat on a customer's pizza before handing it over, local media reported Thursday.

The incident -- which happened in 2017 in the central city of Eskisehir -- was captured by a security camera in the customer's apartment block, according to news agency DHA. The footage showed the delivery man, identified as Burak S., spitting on the pizza and recording the moment on his mobile phone. His motive was unknown. Swiggy Delivery Boys Commit Maximum Traffic Violations, Followed by Zomato, Domino's Pizza And Uber Eats; Mumbai Traffic Police Files 16,000 Cases.

The defendant has already been fined 4,000 lira (600 euros) for endangering a customer's health, and prosecutors are now seeking a lengthy prison sentence for "poisoning food", DHA reported.

The owner of the apartment building alerted the customer after watching the security footage, prompting the criminal complaint. Even by Turkey's often tough judicial standards, the requested sentence is heavy, given that "membership of an armed terrorist organisation" carries a sentence of up to 15 years.