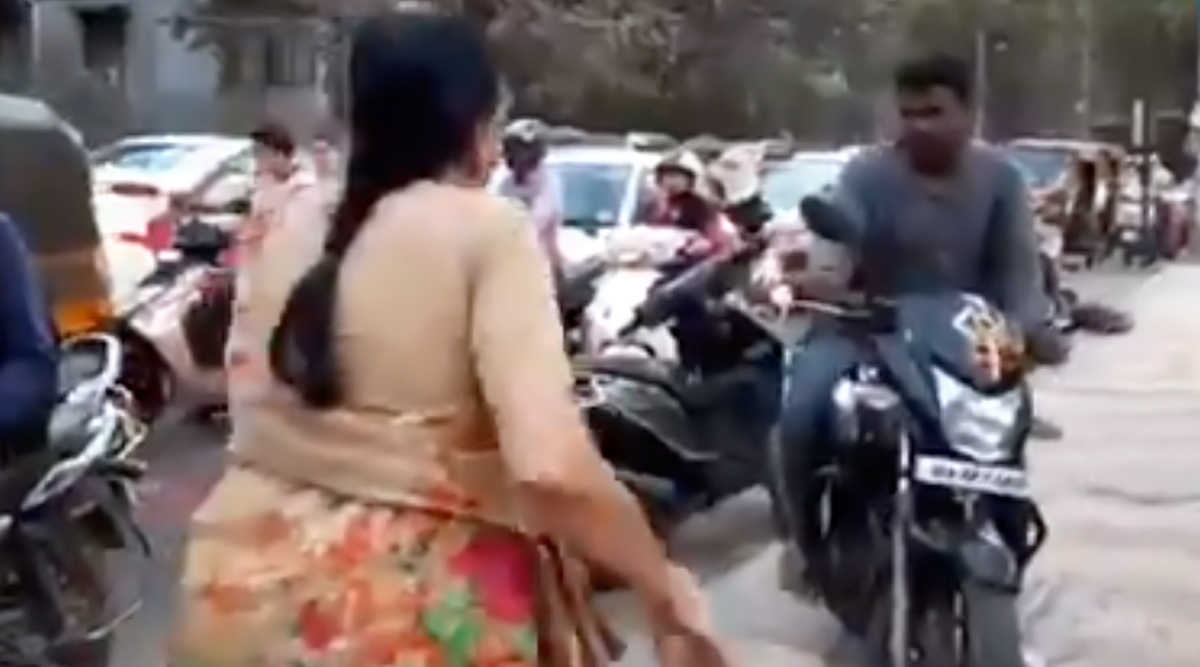 Controlling traffic in bust cities in India is a tedious process. While traffic cops try their best to maintain the flow, every time there is a biker who will cross the red lights making it difficult for cops. And in a process to find a way out, they break traffic rules and two-wheelers often resort to footpaths. They drive on it giving a tough time to pedestrians leaving them with almost no way to walk. Dealing with such a situation, an elderly woman decided to maintain the unruly bikers. Video of her scolding bikers driving on the footpath has gone viral on social media platforms. She is seen making bikers riding on the footpath go back to the roads while giving them an earful. 'Honk More Wait More'! Mumbai Traffic Police Introduces The Punishing Signal to Teach Honking Drivers a Lesson (Watch Video)

As the video went viral, people posted their reactions in the comments section, "Sad that senior citizens have to do this to ensure that morons don’t ride their two-wheelers on the footpath, but this can only happen in Pune." Another comment reads, "I have seen this near Pune Central when I visited the city a few months ago. None to stop the rule-breakers. Happening in most cities. Sad, indeed."

This aunty from Pune is an inspiration to many. Well done Ma'am.

Shame on Bikers who ride on footpaths. It's sad to see senior citizens have to do the job what traffic police is supposed to do in our country.@nnatuTOI @mumbaimatterz @MNCDFbombay @mid_daypic.twitter.com/AB1TWmQPRW

While most praised the elderly women's efforts, people pointed out that it is unfortunate that somebody of her age has to teach young bikers. A Twitter user wrote, Wonderful to see this lady doing what she is doing. We need many many more to teach discipline to our drivers." Another social media user wrote, "Hats off to senior citizens of Pune for teaching the riders some civic sense." Netizens in different parts of India said that they have also experienced similar problems with no solution at hand.