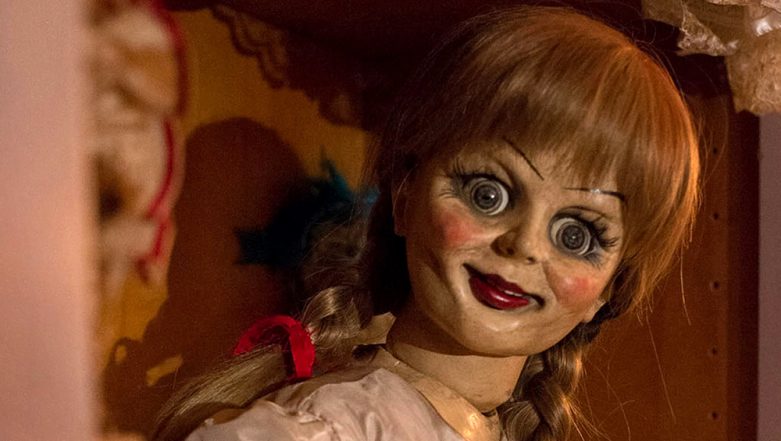 By now, you must be familiar with  Annabelle, the cursed doll in the Conjuring universe.  While she's fictional, there are other cursed dolls which exist in real-life, scaring people in their dreams. Many spooky events have been reported from all over the world and the involvement of creepy dolls are very common. One similar event was encountered by a family in New York, after they brought home a doll, which they found in a cave. The real-life cursed object, looked less scary than the fictional Annabelle, but reportedly, it almost killed the family that brought her home. Annabelle Comes Home Actor Madison Iseman Shares a Frightening Moment From the Sets.

According to Daily Star, the cursed doll was found deep inside a cave in a mountain range in northern New York, by two friends during a trek. Both of them decided to bring it in their home. Since then, spooky events began to unfold at their home. After it almost killed them, the family handed over the scary object to popular supernatural experts, Greg and Dana Newark.  In no time, both the experts also faced horrifying experiences like the family. Annabelle Comes Home New Clip: Lorraine is Convinced About the Doll Being a Beacon of Other Evil Spirits.

Recalling one of the events, Greg said, “One night Dana woke me up because she saw a woman standing in the corner of our bedroom. And wet footprints started to show up. The worst one, though, was when Dana came up to me and goes, ‘Why were you standing on the couch? Did you change a lightbulb or something? You need to come here and look at this.’ There were these two footprints, soaking wet, on the back of the couch, facing the wall.”

They both installed motion-activated cameras and trained them on the Crone. It apparently snapped, the creepy-doll moving an inch to its left on its own. The doll was later handed over to Travelling Museum of the Paranormal & Occult. It even haunted people at the Museum. Greg reported that one man, “suffered a seizure and started bleeding out of his mouth,” seconds after seeing the doll. After experiencing scary events, the couple, in 2018, buried her in the same cave, from where it came.