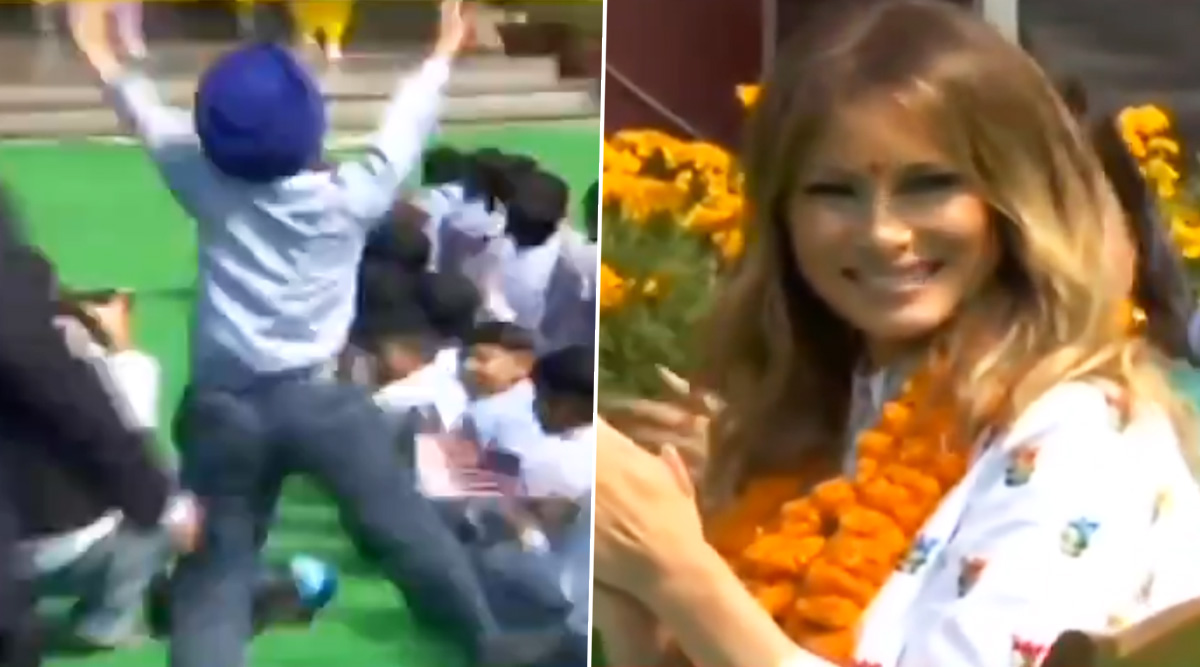 New Delhi, February 25: A Sardar kid at the Sarvodaya Co-Ed Senior Secondary School in Delhi caught eyeballs after he started dancing on Punjab music. The kid was dancing at an event where Melania Trump, the US First Lady, had paid her visit to attend the 'Happiness Class'. What caught attention during the event at the school was a little Sardar student who was caught on camera dancing to Bhangra music with full enthusiasm. According to a video by ANI, the boy was one of the students sitting in audience. As close look at the video shows the boy imitating the group of dancers on the stage.

As the Bhangra tune played, the boy, who was sitting in a row along with several other students, couldn't keep calm and was seen grooving to the Punjabi beats. The impromptu dance by the excited kid caught everyone by surprise. Moreover, even the First Lady Melania Trump was in awe with this young kid's Bhangra dance.

Melania, who visited the Delhi government school, was greeted by the students there with waving flags of both countries- India and the US. Several dance performances were held the school to mark her visit.

Take a Look at the Viral Video:

On her visit to the Delhi government school, The First Lady was welcomed with a garland and tilak on her forehead by a young girls, dressed in colorful traditional attire for the event.  Melania said she was inspired by the Happiness Curriculum that was initiated by the Aam Aadmi Party (AAP) government in the national capital. “Thank you for welcoming me. This is my first visit to India. People here are so welcoming and kind,” she said. Melania added saying that it is “very inspiring” that students begin their day with practising mindfulness and connecting with nature”.