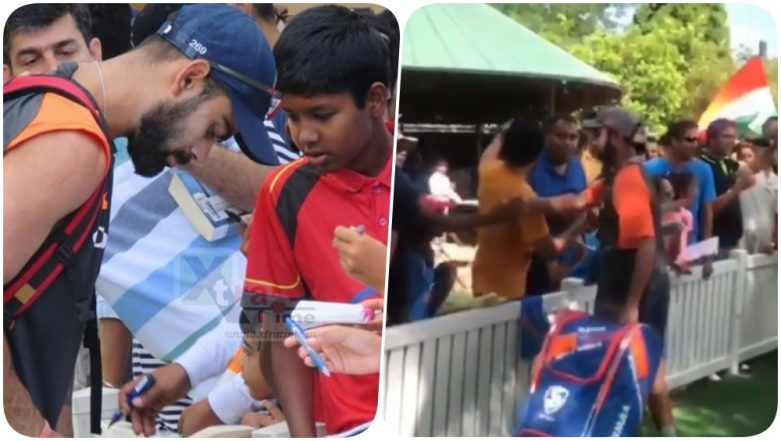 Team India yesterday had an off day and enjoyed the New Year’s eve. But today, Virat Kohli and men got back to business and started preparing for the upcoming Test match which begins on January 3, 2019, at the Sydney Cricket Ground. The team sweated it out in the nets today and looked absolutely prepared for the match tomorrow. The practice session at the Sydney Cricket Ground today, turned out to be a full house affair as a number of fans came to the stadium to watch Virat Kohli and men in action. India vs Australia 2018-19 4th Test: BCCI Declares 13-Man Squad; Question Mark Over Ravichandran Ashwin’s Availability.

Rishabh Pant also posed for a few pictures with the fans.

Indian team sweating it out in the nets.

Sydney: Team India at a practice session ahead of the Final Test against Australia. #AUSvIND pic.twitter.com/9ABK228IlH

The Indian team is on the verge of scripting history if they manage to win the fourth test against Australia. A while ago, the BCCI announced 13- member squad for the fourth test. Ishant Sharma is not a part of the 13 –member squad.  Also, there is a threat over Ravichandran Ashwin’s remains. Yesterday, when the team enjoyed their off day, the all-rounder was seen practising at the nets alone.