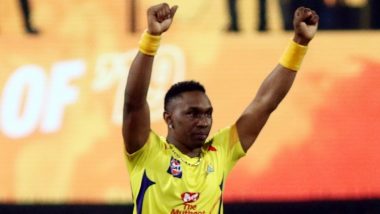 Indian Premier League 2020 (IPL 2020) is all set to be held in the United Arab Emirates (UAE) from September 19 onwards. IPL chairman Brijesh Patel confirmed about the league taking place this year following the postponement of ICC T20 World Cup 2020. Players are expected to reach UAE in August to begin preparations for the T20 league. Overseas players are expected to join their respective franchise as well. However, some foreign players will be doing late because of the Caribbean Premier League 2020 (CPL 2020) and the England vs Australia bilateral series. IPL 2020 Players Update: David Warner, Ben Stokes, Steve Smith, Other England and Australian Cricketers to Miss First Few Matches of Indian Premier League Season 13?.

Most of the West Indies players like Andre Russell, Dwayne Bravo, Kieron Pollard, Sunil Narine, Nicholas Pooran and Shimron Hetmyer will be busy with CPL T20 which is scheduled to begin on August 18. The T20 league will end with the final on September 10. West Indies players are important members of various IPL franchise. While Bravo is a regular for Chennai Super Kings (CSK), Pollard,  Russell and Narine are key players for Mumbai Indians (MI) and Kolkata Knight Riders (KKR). IPL 2020 Update: Emirates Cricket Board Confirms Receiving BCCI's Letter of Intent to Host Indian Premier League.

What stops Windies players from joining their respective franchises on time is the quarantine period they might have to go through. As per the likely Standard Operating Procedure (SOP) to be set by the Board of Control for Cricket in India (BCCI), the players joining late might have to spend 7 to 10 days in quarantine. So, it means just like some England, Australian players; Windies cricketers might miss out on the first few games of the upcoming IPL 2020.

(The above story first appeared on LatestLY on Jul 27, 2020 06:31 PM IST. For more news and updates on politics, world, sports, entertainment and lifestyle, log on to our website latestly.com).