The match is expected to be a thrilling one as both these sides are in form. Predictably, there would not be any rain or other weather-related interruptions and fans can enjoy a full game of cricket in Sharjah. Check out the weather prediction and pitch report for this match. 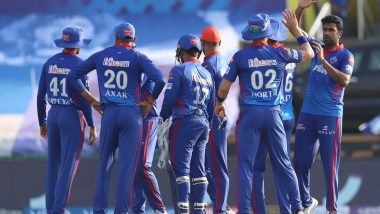 Kolkata Knight Riders (KKR) would lock horns against Delhi Capitals (DC) in match 41 of the Indian Premier League on September 28, Tuesday. The match, a first of the double-header on Tuesday, would be a very important match, especially for the Knights, who would now need to win all their matches to qualify for the playoffs. Not that they have been poor in the UAE leg of IPL 2021. On a high after winning their first two matches in a convincing manner, Kolkata Knight Riders faced a stern test when they faced Chennai Super Kings on Sunday. Still, they managed to take the match to the very last ball and courtesy Ravindra Jadeja's heroics with the bat, Chennai won the match. Kolkata would be more than willing to prove a point or two when they face Delhi in a bid to get closer to entering the playoffs. KKR vs DC, Dream11 Team Prediction IPL 2021: Tips To Pick Best Fantasy Playing XI for Kolkata Knight Riders vs Delhi Capitals Indian Premier League Season 14 Match 41

Delhi Capitals on the other hand, would be very happy with their performance and they would aim for a league double over Kolkata Knight Riders, after they had defeated them in the India leg of this year's competition. Meanwhile, take a look at the weather and pitch report in Sharjah for this match. 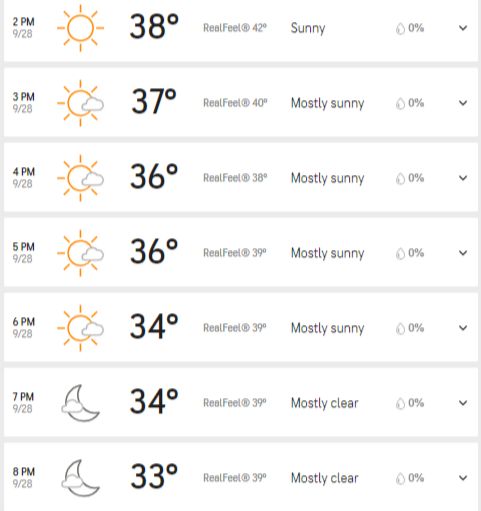 Expected weather in Sharjah at the time of the KKR vs DC match (Source: Accuweather)

The weather looks to be pretty fine in Sharjah at the time of this match and the temperature is expected to be between 34-38 degrees celsius. Hence, it might be a great day for cricket with no weather-related interruptions.

The Sharjah Cricket Stadium pitch is expected to assist spinners and players like Varun Chakravarthy, Ravichandran Ashwin and Sunil Narine is expected to play important roles for their respective sides. Having said that, the ball would come onto the bat pretty nicely and a score of around 150-160 would be a competitive total to defend on this strip.

(The above story first appeared on LatestLY on Sep 27, 2021 02:56 PM IST. For more news and updates on politics, world, sports, entertainment and lifestyle, log on to our website latestly.com).