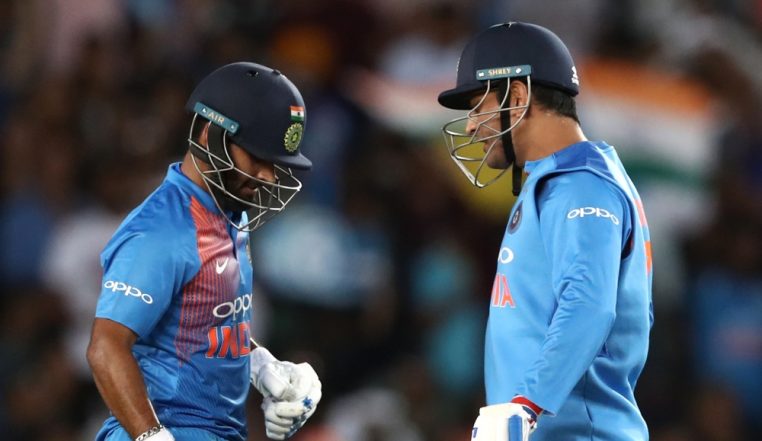 Ahead of the most-awaited clash, between India and Pakistan, CWC 2019 tie, Virat Kohli and men hit the nets and sweated it out. The match will happen tomorrow at The Old Trafford Stadium, Manchester and as and when the time passes, the anticipation of the fans and players is soaring. MS Dhoni, Virat Kohli, KL Rahul and others were spotted in the nets. Rishabh Pant who has just joined the team also joined the players ahead of the game. MS Dhoni was seen sharing wicket-keeping tips with Rishabh Pant.  India vs Pakistan Cricket Score 22th ODI Match.

The video of the same went viral on social media and was shared further by the fan pages. The video has no audio but, from the actions, it is quite evident that the two players are talking about wicket-keeping. This is not the first time, that the MS Dhoni has shared wicket-keeping tips with the youngster. There have been numerous occasions where Rishabh Pant has been seen all ears to MS Dhoni’s guidance.

Check out the latest video below: