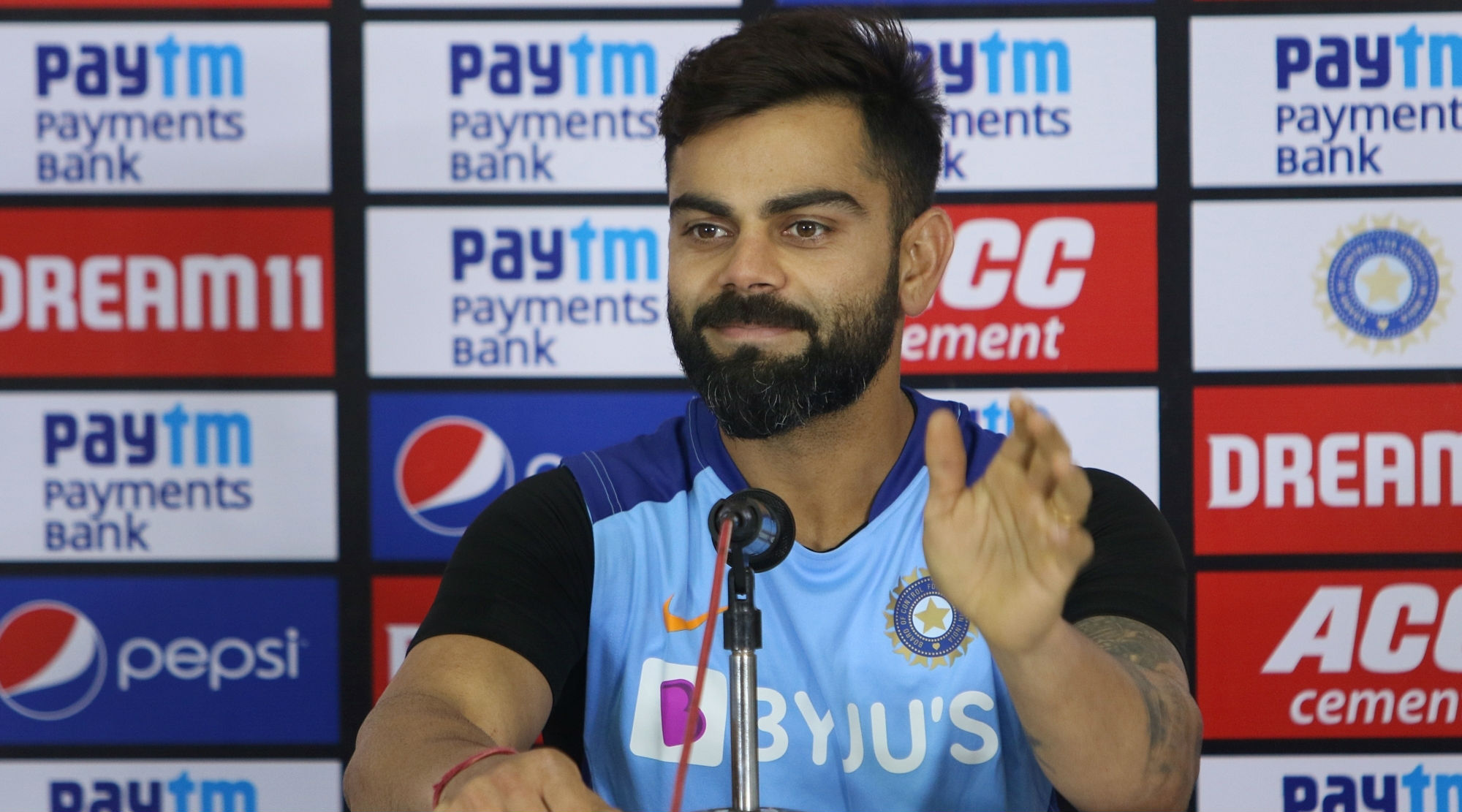 Auckland, January 23: India skipper Virat Kohli on Thursday insisted that his team is not thinking of avenging the World Cup loss against New Zealand in the upcoming series which starts Friday with the first T20I at the Eden Park.

It were New Zealand who dumped India out of the 2019 World Cup with a thrilling win the semi-final in Manchester last July. "Not really. Even if you want to think of revenge these guys are so nice that you can't get into that zone," said Kohli while addressing reporters. Did You Know Virat Kohli Has Never Played a T20I in New Zealand? IND vs NZ 1st T20I 2020 Will Be Indian Captain's First.

"It's all about being competitive on the field. They are one side that has set the right example for teams to carry themselves on the international stage. We were actually happy for them when they qualified for World Cup finals. When you have lost you have to look at the larger picture. So nothing about revenge," he added.

India had to leave for New Zealand the very next day of the third and final ODI against Australia which they won in Bengaluru. And Kohli feels the schedule needs to be a little better, especially when they are travelling abroad.

"It's getting closer and closer to landing at the stadium straight. That how compressed the gap has become. This kind of travelling to a place that is seven and a half hours ahead of IST is difficult to adjust immediately. Hopefully, this will be taken into consideration in the future," said Kohli.

"But this is the year of the World Cup and every T20 is important. So we can't lose our focus," he added. The Indian skipper also made it clear that K.L. Rahul will continue to bat at No. 5 in ODIs while in T20Is, he will bat at the top. Virat Kohli Record in T20Is Vs New Zealand: Ahead of IND vs NZ Series, Here's a Look Indian Skipper’s Performance Against Black Caps.

"In the ODIs, we will stick with Rajkot and let KL Rahul express himself at 5. In T20Is the dynamics change and let KL bat at the top. He's doing well with gloves and that has given us more stability and we are looking to continue with him for a while," the Indian skipper said.

"I know there will be a lot of talk about what happens to other players but for us, it's about what the team requires and the best balance of the side," he added.

Kohli also acknowledged the danger which the Kane Williamson-led side can pose at home, he said they will take the confidence from the previous victories over the Kiwis. The last time India travelled to New Zealand, they had won the ODI series 4-1. However, they suffered a 1-2 defeat in the three-match T20I series.

"In their conditions, they have always been very, very strong and you know what they bring to the table when playing in New Zealand. They know their conditions well and they understand the angles of the field and how the pitches play," Kohli said. India vs New Zealand 2020 Schedule, Free PDF Download: Get Fixtures, Time Table With Match Timings in IST and Venue Details of IND vs NZ T20I, ODI and Test Series.

"They will have slight home advantage but having said that, we have played here a lot. Last time we came here we won both the series that we played. So, we are going to take that confidence into the series.