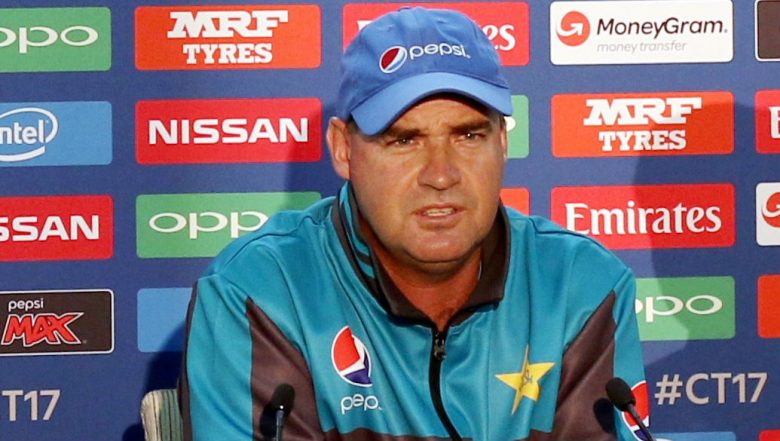 Southampton, May 12: Pakistan coach Mickey Arthur has praised Jos Buttler who played a match-winning knock of 110* which came off just 55 balls in the second ODI of the five-match series which England won here in Southampton. Pakistan the Latest Left Wondering How to Stop Buttler.

On Saturday, Buttler smashed six fours and nine sixes in the span of just 66 minutes, and helped England post gigantic 373/3 in their 50 overs. In reply, Pakistan's batsmen responded encouragingly. However, they could not cross the finishing line and fell short by 12 runs.

"I don't know how you bowl to him," Arthur said after the match. "I've just asked the bowlers the same thing and they didn't have an answer either. But I don't think we're going to stop him, so we've got to try to get him out," he added.

Buttler has five of the 10 fastest ODI centuries by an England batsman, having struck a 60-ball ton on his way to 150 against West Indies in Grenada in February. England skipper Eoin Morgan, who shared an unbeaten 162-run stand with Buttler, was all praise for the latter and said he was the difference between the two sides.

"He seems to have a gear that not many of us have. I certainly don't have it, but it's great to watch," Morgan said. "He always seems to time his run really well, regardless of what time he comes in, he always seems to have enough balls to go on and bang a 50-ball hundred. He was brilliant and the difference in the two teams," he added. With 1-0 up in the series, England will look to extend their lead when they take on Pakistan in the third ODI on Tuesday in Bristol.