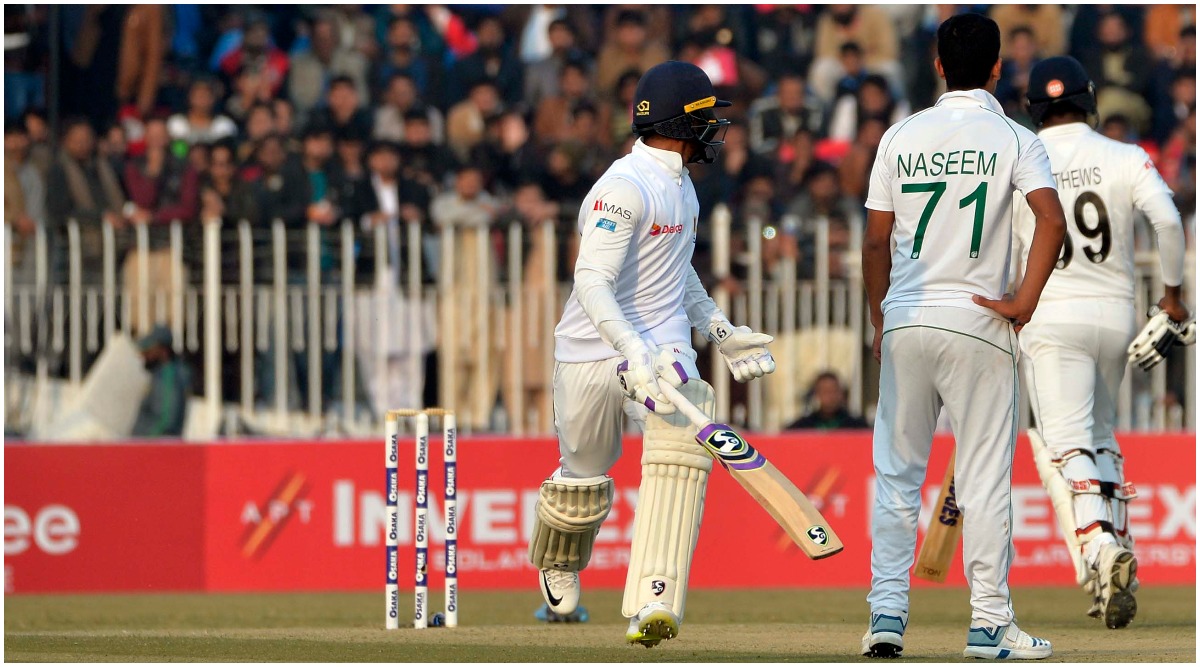 Rawalpindi, December 14: Overnight rain and poor light continued to mar Pakistan's first Test since a deadly attack in 2009, stopping the start of play on the fourth day on Saturday.

Groundmen were busy wiping water from the pitch covers before the day's scheduled start at 9:45 am local time (4:45 GMT).

Sri Lanka won the toss and opted to bat on the first day, but play was called off after 68.1 overs due to bad light. Only 18.2 overs were possible on day two and 5.2 on the third.

Prospects are bleak as rain is forecast on Saturday afternoon, but Sunday is expected to be clear. Sri Lanka were 282-6 in their first innings with Dhananjaya de Silva unbeaten on 87 and Dilruwan Perera not out on six.

For Pakistan, 16-year-old pacer Naseem Shah (2-83) and Shaheen Shah Afridi (2-58) were the stand-out bowlers. The second Test is in Karachi from December 19.

The Test is the first in Pakistan since a militant attack on the Sri Lankan team bus killed eight people in March 2009, leading to the suspension of international cricket in the country as foreign teams refused to visit over security fears.