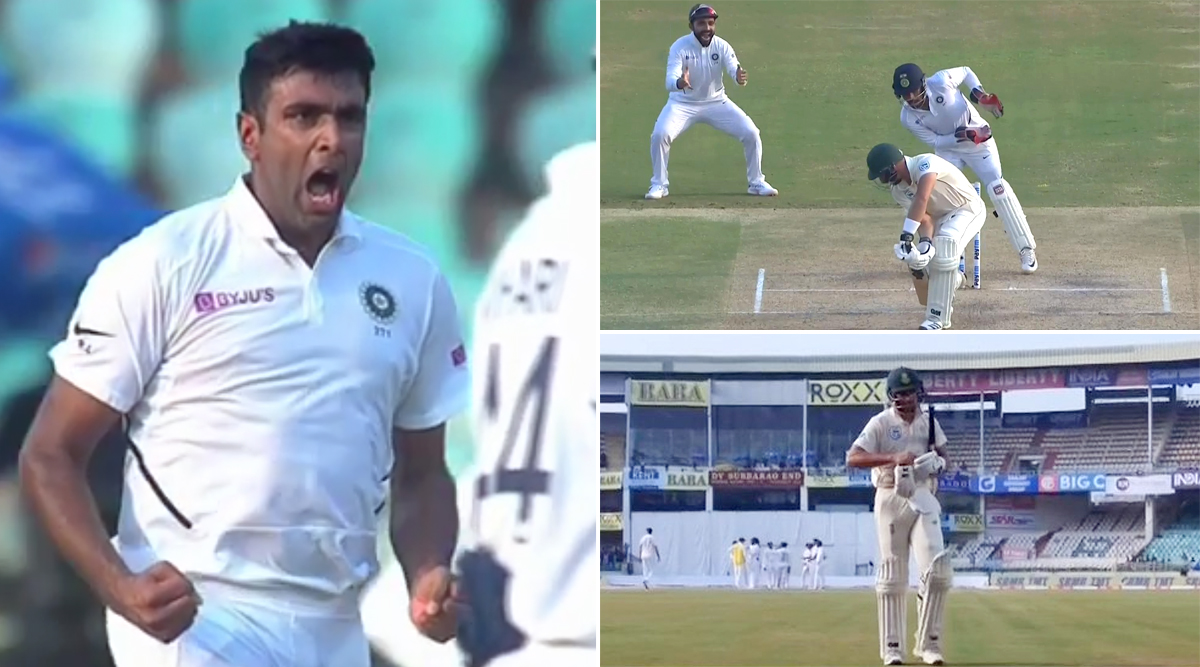 Ravichandran Ashwin went through Aiden Markram leaving the young South African batsman bamboozled with a delivery not many would be eager to face. Markram was the first South African wicket to fall and motioned a quick collapse in the visiting camp that didn’t look like it would stop until the umpire put the bails off and called Day 2 off. The 33-year-old veteran, not assured of a place in the Indian Test team any more, added one more scalp to go just six-wickets shy of becoming the fastest cricketer of completing 350 Test wickets. South Africa finished Day 2 on 3/39 and still trail India by 463 runs with three days in hand but with also the ‘Ravi’ spinning duo to face. India Vs South Africa, Live Cricket Score 1st Test Match.

Ashwin hadn't bowled in international cricket from almost a year and his last Test match for India was in hard green surfaces of Australia but when the first delivery of his third over – an off-spinner – found the gap in between Markram’s bat-pad and gatecrashed the wood behind, it felt like Ashwin had been bowling in the same dry and low pitch of the ACA-VDCA Cricket Stadium throughout the year. Vernon Philander Unable to Find Ball Wedged Between Boundary Lines During IND vs SA 1st Test 2019 Makes Twitterati ROFL! (Watch Hilarious Video).

The incident occurred in the eighth over of South Africa’s innings after India had declared sensing that they no more batsmen left to hit double centuries. India finished their essay on 502/7 with the opening pair of Rohit Sharma (176) and Mayank Agarwal (215) smashing not just centuries but also rewriting history with a record 317-run opening stand. India skipper Virat Kohli initially started with pace but turned to the off-spinner after just three overs and that is the exact span Ashwin needed to draw the first blood.

When Ashwin Walked Back the Years

South Africa’s opening pair of Markram and Dean Elgar were happy to defend until Ashwin ran-through the former’s defence. The 33-year-old’s first delivery of his third over had spin, flight and caught dip to fool Markram, who put his left foot forward but forgot to close the impending gap in between. The ball skidded off the surface, travelled the little space it found in-between bat-pad and disturbed the stumps. Markram stood on the crease – yet to gauze the delivery that made him look slow – before walking off.

A Celebration The Delivery Deserved

Ashwin later removed Theunis de Bruyn for a 25-ball 4 to add to South Africa’s misery. Markram had departed for 5 runs from 21 deliveries and Jadeja clean-bowled Dane Piedt for a four-ball duck to leave South Africa trailing at 39/3 with Elgar and Temba Bavuma at the crease. Jadeja needs one wicket to make it 200 Test wickets, Ashwin will want six to beat Muttiah Muralitharan.