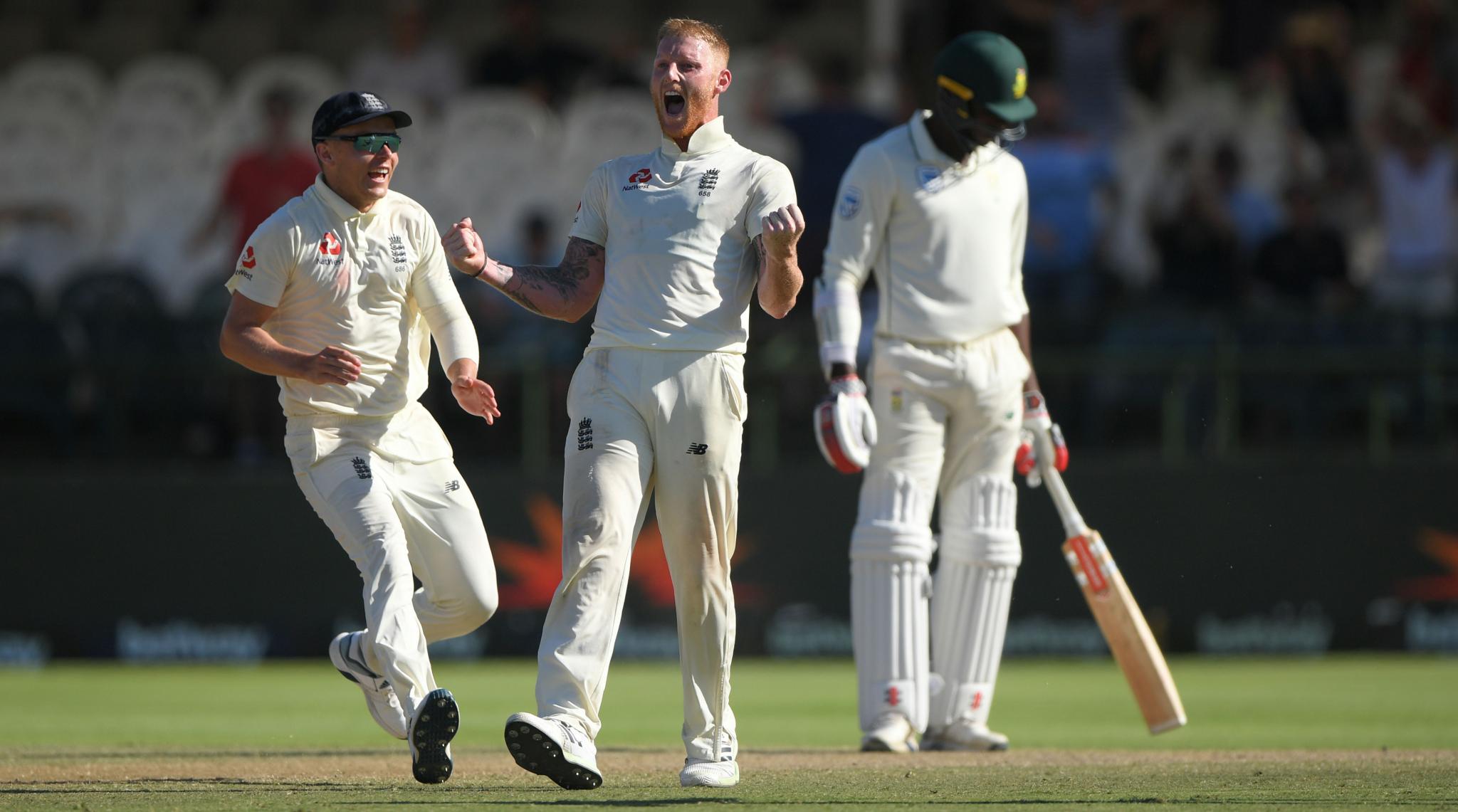 Cape Town, January 7: England registered a thrilling 189-run win over South Africa in the second Test match to level the four-match series 1-1 at Newlands here on Tuesday. It was because of some quality and all-round bowling effort by the visitors which helped England to gun down the hosts, who were chasing a 438-run target, at 248 runs.

While all-rounder Ben Stokes missed out on his hat-trick, he impressed everyone in both the departments of the game after returning with figures of 3/35 after some great batting performances in England's first and second innings. Joe Denly and James Anderson bagged a couple of wickets each. South Africa Vs England, 2nd Test Match Summary.

Apart from them, Stuart Broad, Dominic Bess and Sam Curran scalped a wicket each even as South Africa opener Pieter Malan and stumper Quinton de Kock tried to hold the fort with their valiant 84 and 50-run contributions.

At one point, it seemed the match will end in a draw as the hosts were cruising comfortably at 171-5 with Rassie van der Dussen (17) and de Kock giving a tough time to the England bowlers.

However, Denly came up with a much needed breakthrough to send back a well-settled de Kock. Der Dussen also did not last long, becoming a victim of Broad's delivery.

Later, Stokes accounted for the wickets of Dwaine Pretorius and Anrich Nortje in two successive deliveries. The star all-rounder however, failed to register a hat-trick but went on to put the final nail in their coffin as he packed back Vernon Philander to end the South African innings.

Alongwith his fine bowling effort, Stokes had also smashed 72 off 47 runs in the second innings and 47 off 77 balls in the first essay of England as he was adjudged Man Of The Match.

Earlier, South Africa had won the first Test in Centurion by 107 runs. Both the sides will now square-off in the third Test, starting January 16 at St George's Park, Port Elizabeth.