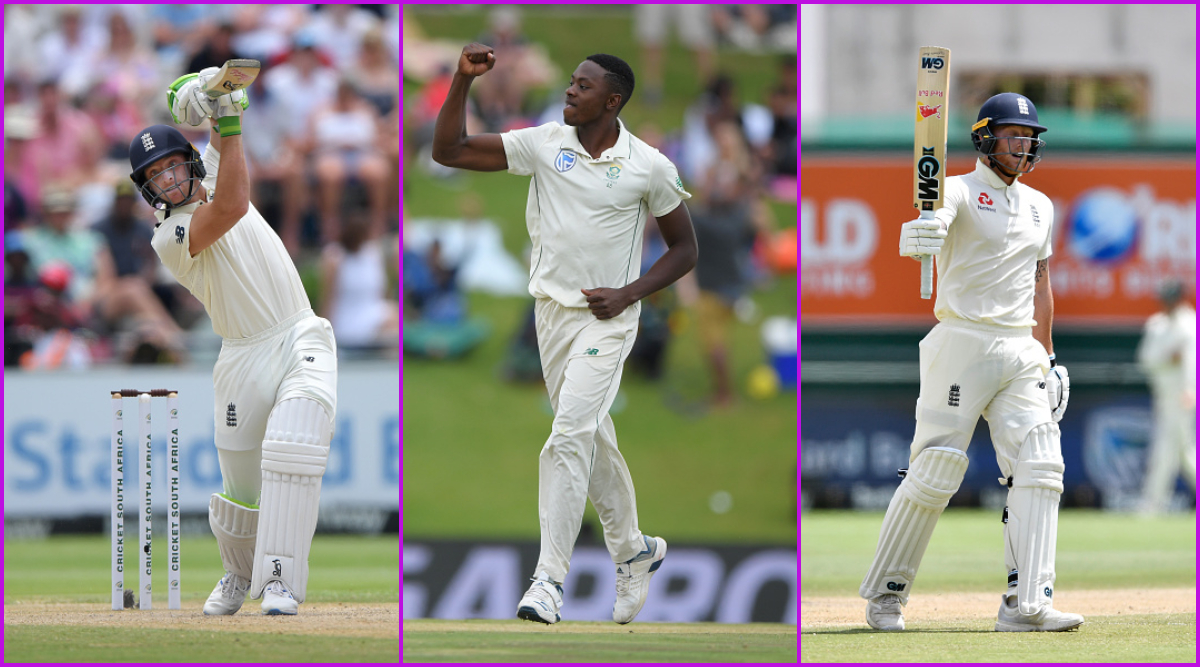 The four-match Test series between South Africa and England is nicely poised at one each. While South Africa won the series opener in Centurion, visitors England bounced back to win the second Test at Cape Town. With series currently levelled at one-one, both South Africa and England will be heading into the penultimate fixture with the hope of doubling the lead. The contest at the St George’s Park in Port Elizabeth is expected to be a closely fought one, and thus pressure will be on some players to deliver. Meanwhile, we take a look at some players who, we think, can be the standout performers in this match. South Africa vs England, Live Cricket Score 3rd Test Match.

England wicket-keeper batsman has struggled to make a significant contribution in the first two Tests. The right-handed batsman returned with scores of 12, 22, 29 and 23. It is important for England, that Buttler, who bats at number seven, finds some runs.

The right-arm fast bowler is just five scalps away from 200 wickets, and he has a very good chance of reaching the milestone in the Port Elizabeth Test. South Africa will be hoping that the pacer ends up picking more than five wickets. He has managed to pick 12 wickets in two Test thus far. South Africa vs England 3rd Test 2019-20: Ben Stokes vs Kagiso Rabada and Other Exciting Mini Battles to Watch Out for in Port Elizabeth.

The England opener will look to continue his good work after having scored his maiden Test century in the last fixture at Cape Town. The right-hander will have to be at his best once again as he faces the likes of Rabada and others.

Having done well in his first Test, South African opener Pieter Malan will be hoping to grab another opportunity. He scored 84 in Cape Town in the second innings.

Fresh from winning the Player of the Year at ICC Awards 2019, the all-rounder will be looking forward to yet another memorable performance. Stokes has done a decent job with both and bat ball so far. But a big much-winning performance awaits him!